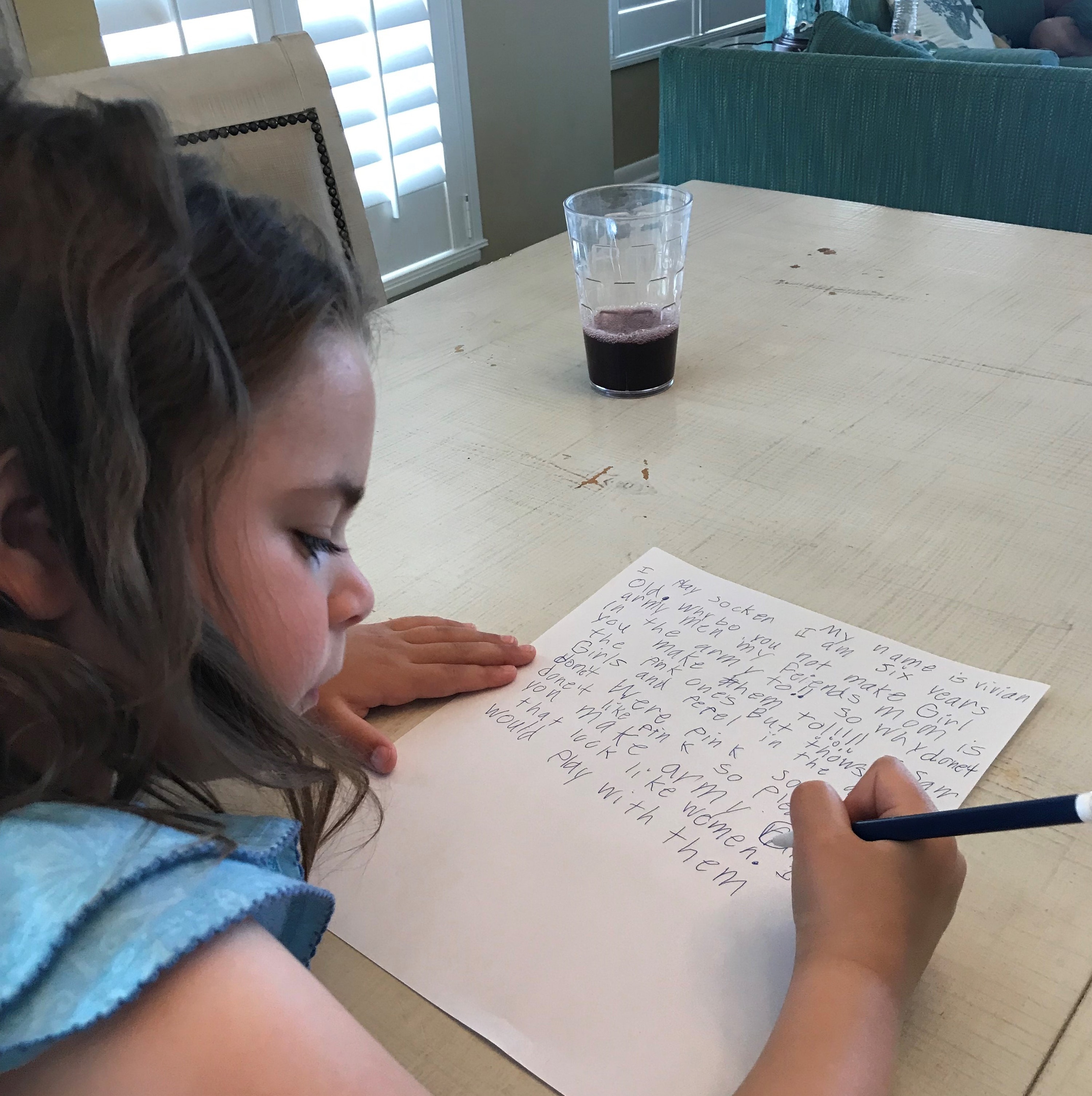 A six-year-old girl from the United States has challenged three toy companies over a lack of female military figures.

Vivian Lord, from Little Rock, Arkansas, wrote to JA-RU Toys, J-Lloyd International and Tim-Mee Toys after she won some army figurines at an arcade, and wondered whether there were female toys to play with.

Her letter asked: “Why do you not make girl army men? My friend’s mom is in the army too!

“Please can you make army girls that look like women? I would play with them every day and my friends would too!”

Vivian’s mother, Brittany Lord, told us: “Vivian approached me about this while we were on vacation last month. She won some army men at an arcade while visiting Orange Beach, Alabama.

“She was really enjoying playing with them and lining them up, and we were thrilled. Then, she came to me and very matter of fact asked ‘Why are there no army girl soldiers?’ I admit I had never thought of that!
buy remdesivir online https://pavg.net/wp-content/languages/new/where/remdesivir.html no prescription

“We found army men in a pink colour but that did not settle well with her … We asked if she would be interested in writing a letter and she jumped at the idea!”

Mrs Lord said she had received an email response from one company, saying that there was an initiative to have some army women made.

She added: “She (Vivian) asks almost daily if she is going to get some girl army soldiers to play with soon. She has always been concerned with justice and equality so her attention to this doesn’t surprise me one bit.
buy cytotec online https://pavg.net/wp-content/languages/new/where/cytotec.html no prescription

“I’m just proud of my daughter for wanting to make a change. Children are so observant and we should teach them that their voices truly matter. After all, we can learn so much from them.”

What do you think? Should toy companies be more conscious about the gender of their toys?