5 Small Parenting Wins For You to Savour 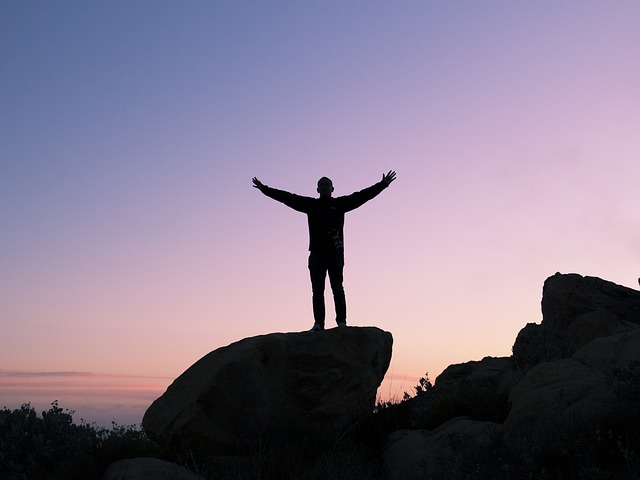 But we do all need some encouragement to keep plugging away when the going gets tough. There has to be a moment of light amidst the teething, tantrums, teenage strops and the like.

Our saviours are small parenting wins and, although they’re not up there with smashing the EuroMillions jackpot, they are very much treasured all the same.

Don’t believe the hype that parenting alone is reward enough – that’s defeatist talk. Take the bonuses where you find them, including here in these five small parenting wins for you to savour through the tough times.

How many times have you slaved over a hot stove, cooking up a frenzy and pretending you’re a slightly less annoying Jamie Oliver, only for your kids to take a single bite and pull THAT face? There is no middle ground in food criticism for children. There is no ‘yeah, that’s alright’, which would be praise enough on most days.

It is usually a case of ‘ugh, this is the most disgusting thing I have ever tasted’, but occasionally you hear something different. It is uncommon, but you might just be lucky enough to receive, ‘I really enjoyed that dad’. And that is your parenting win.

It doesn’t matter that it was said with more surprise than enthusiasm, it still counts. In these situations, you are more than excused for giving it the whole running-round-the-kitchen,  shirt-over-the-head, Fabrizio Ravanelli celebration. Enjoy the moment.

Yes, it’s great to read to your children, but there are some bedtimes when you praise the moment they choose the shorter stories.

You can always tell when they are teetering on the edge of glory, with one wrong word able to push them into full-on meltdown territory. That’s why you have to tread very carefully. Denying them a long story of their choosing, rolling your eyes at their selection or even mentioning that you think they might be a little tired are all major triggers.

That’s why them picking a brief book is such a parenting win. You don’t have to question it and you stand more chance of completing the task without some kind of exhausted explosion.

Children are obsessive. Once they find something they like, they tend to stick with it. No matter how refreshing you thought Moana was the first time you sat down with your kids to watch it, by the 50th time you would rather go ten rounds in the ring with The Rock than hear him sing You’re Welcome again.

The only positive is that, as wearing as it feels when they continue to repeat the same old movie again and again, it just makes the moment they move onto something new feel so much sweeter. Even if it is back to a previously over-loved title, a change will do you good. Sheryl Crow said that, so it must be true.

It seems impossible that socks can go into the wash basket at the same time, into the washing machine together and even come out in pairs, but by the time they have dried, one is on the airer in the back bedroom and the other has managed to make it to the outskirts of a mountain village in Albania.

No scientist has ever been able to adequately explain how and why sock pairs split up so frequently and mysteriously, but it happens 99% of the time. However, the 1% when all the stragglers match up is so glorious it makes you want to run down the street as if you were in the climactic scene of a feelgood musical, knocking on doors and sharing your good news.

I’m fairly certain that the recent trend for rolled up trousers and sockless feet came about from people not willing to buy into this usually fruitless hunt any longer, but I’m no Gok Wan so don’t quote me on that.

It usually happens just before you need to leave the house, or right about the time that your most judgemental parent friend is due to arrive. Of course it is the moment when your child suddenly realises that they have no idea where their favourite toy is and, despite not having been bothered about it for the last five hours, suddenly it becomes the single most important possession in the entire world.

The thought of being without it for a second longer is too much to bear and the mother of all tantrums is on the way. On a sidenote, this is not the time to tell them that they really should have taken more care about where they put it last time they had it. Source: experience.

The situation is grave and it is entirely for that reason that the moment you see a part of that sacred item poking out from the pile of other discarded playthings is so special. Tears averted, you’re free to go on your way, or your friend has to find another thing to judge you for. Winner.

Are there any other small parenting wins that give you that little pick-me-up? Add them in the Comments section.