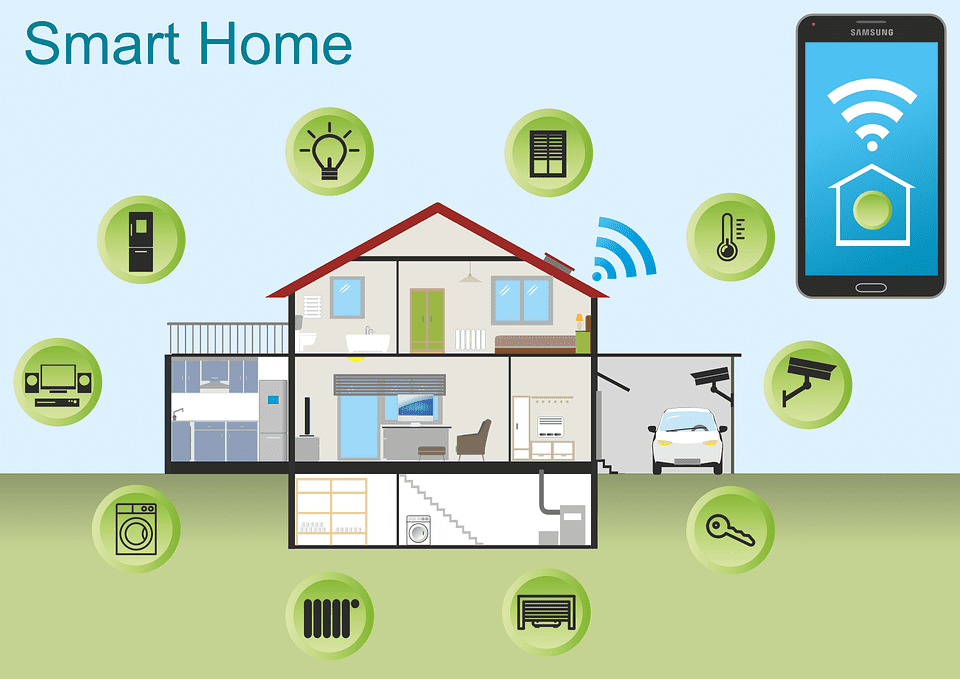 By The Shed of the Father

Mark is the brains (debatable) behind The Shed of the Father a surreal look at the world from a Dad's point of view! He's also now proudly part of the new editorial team for The Dad Network


I went all through school trying to be cool and fighting to not be a nerd and now that I’m an adult, I’ve become the biggest nerd of all. I’ve always loved a gadget but my new love is smart gadgets. I walk around my house talking to things that in turn activate something into switching on or off. Whether it be lights, plugs or music, all I need to do is say it and it happens.

Creating the ultimate Smart Home is my geeky goal!

Are we heading towards an automated lifestyle like those aboard the Axiom in Disney Pixar’s “Wall-E”, slumped in a robotic floating chair having everything handed to us? Or is this an amazing progression in technology where we can do or know anything we want by merely talking out loud?

Personally I am of the latter opinion. I believe that being able to say “Hey Google, what’s the news?” whilst eating my breakfast in the morning, is f*cking cool. It could be construed as lazy, but if I didn’t ask Google, then I’d be sitting there reading it on my phone. We live in a world of vastly improving technology and we need to embrace this into our kids lives because they are the ones that will be using these products as part of their day to day lives when they grow up.

What products do I use?

Alexa has been part of my life for over a year now and it was love at first sight. I only ended up with Alexa due to Google Home not having been released in the UK last Xmas. She quickly became part of our family and we all use her daily. She links to Spotify, Amazon Music, Tune In Radio and other similar music services and therefore becomes an unlimited supply of music. My seven year old daughter worked it out very quickly and in turn I unfortunately learnt the words to Black Magic by Little Mix. My boy soon found out that Alexa could tell jokes and therefore we were inundated with sh*t jokes at all hours of the day. It’s not all fun though. You can ask her all sorts of questions, like “How do you spell…….?” or “What is 15 + 15?” and this in turn makes homework all the more enjoyable when being able to confirm or adjust answers just by asking her. What she doesn’t do very well is answer general knowledge questions consistently. The default search engine is Bing and therefore not having the power and resources of Google, quite often replies with “I can’t help you with that”. She is also very “samey” when answering questions compared to Google Home. All in all though, she is an excellent starter in the Smart Home world at approximately £90 and the sound fills a room with a decent quality . If your budget is lower, maybe start with an Echo Dot, the smaller sister that has all the same capabilities but a far inferior speaker. It is half the price at approximately £45 in most shops.

Google is the search engine master and therefore wins hands down in the general knowledge stakes. Ask any question and she gives you the answer in clear, easy to understand speech. If you wish to expand that answer, Google will understand that. For example, if asking “Who is the President of The United States?”, you will of course get the answer “Donald Trump”. If you then ask “How old is he?”, Google knows that you’re still talking about Trump. Alexa doesn’t have that free flowing conversation ability and makes getting the info you need, quite difficult. Google Home has very good quality sound from it’s 360° speaker and has all the same music capabilities as Alexa apart from obviously swapping Amazon Music with Google Play Music.

The kids do use Google but seeing as Alexa has prime spot in the kitchen, she gets used a lot more. For me though, I prefer the Google due to it’s “smarter” abilities. At a RRP of about £120, Google is a bit more expensive but this is sure to reduce in time as it has only been out since the end of last year. Again there is a reduced quality but smaller budget version in the form of Google Home Mini which retails for approximately £49. I have one each and will be getting a couple more for the kids bedrooms very soon.

These are great little addition to our home. Once connected to the wifi, they become plugs that can be controlled via an app on your phone or tablet, or via Google or Alexa. Simply naming the plug with whatever appliance it’s attached to can lead you to be able to switch it on simply by talking to your smart speaker. I used one at Xmas and plugged the Xmas lights into it, named it “Xmas” and even the wife was amazed by it’s magic. Simply saying “Alexa, turn on Xmas” lit up the tree instantly and became a morning ritual throughout December. I also have one named “Kettle” and therefore have to just say to my Home Mini which is next to my bed “Hey Google, turn on the kettle” and by the time I get up and walk downstairs, the kettle has boiled and I can make my tea instantly. Those of a certain age will liken this to the old fashioned “Teasmade” which became obsolete in the 80’s but this simple use of the smart plug means you can turn it on from anywhere in the world through the app on your phone.

These Smart Plugs are also a great safety feature if connected to hair straighteners, meaning you don’t have to rush home to check whether you left them turned on or not. Simply check the app and it will tell you if they are on and if so, tap the off button to save burning the house down!

My most recent addition is the very easy to use range of smart bulbs from the Swedish furniture giants. I use four spotlight (GU10) bulbs in my bathroom which connect to a dimmer switch which can be placed anywhere in the room wirelessly. From the phone app, you can set these bulbs at different brightnesses depending on your needs. From very bright whilst shaving, to leaving just one bulb out of four lit and set at minimum brightness at bathtime, these bulbs are very versatile and I will be adding more around the house in due course. At £7 per bulb and a variety of other bits for the initial set up, they’re not as cheap as normal bulbs, but with a life of a reported 35,000 hours, you will get your money’s worth over time. Compare these to other brands like Philips Hue which retail at a minimum of £25, these are a bargain.

Being able to link them to Alexa and (soon to be enabled) Google Home apps, means that you can turn them on through voice alone and also check if they’ve been left on after leaving the house. If your house is anything like mine, bloody Blackpool Illuminations, then being able to keep an eye on them from your phone also saves money over time. Another great feature of smart lights is the ability to set a timed sequence for when you’re away from your house which in turn improves the security of your home. For anyone that has fiddled with one of those silly timer plugs that have the plastic dials on, these are a godsend.

I will be expanding my collection of Smart Home gadgets in the coming months……starting with a Smart Thermostat. I’m between the Nest, Tado and Hive at the moment and will therefore no doubt spend quite a few hours researching which one is best for me. And I’ll probably get a little bit too excited by this process! And in turn become even more geeky! And annoy the Mrs even more! But it makes me happy and that’s what matters, right?!

So do all these things mean I’m lazy? I don’t think so. I believe that life is moving towards a smarter world and we need to move with the times so that our kids don’t get left behind. Like the invention of being able to change the channel on the tv with a remote control, rather than getting up every time, we will continue to move forward with new innovative ideas that we can’t even imagine right now. This is good. This is progression. This is the future.

Please let me know what you think and any other products you’re interested in or use already. I’m always looking to expand my geeky mind.