Spot the signs of teething 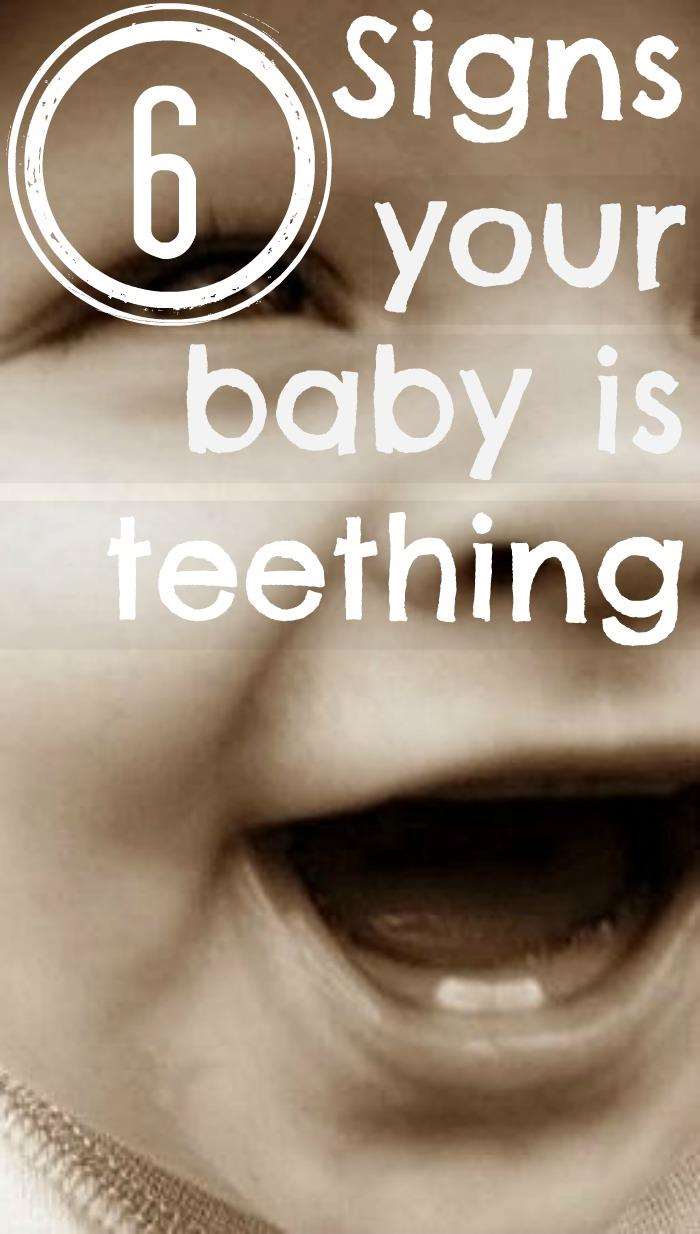 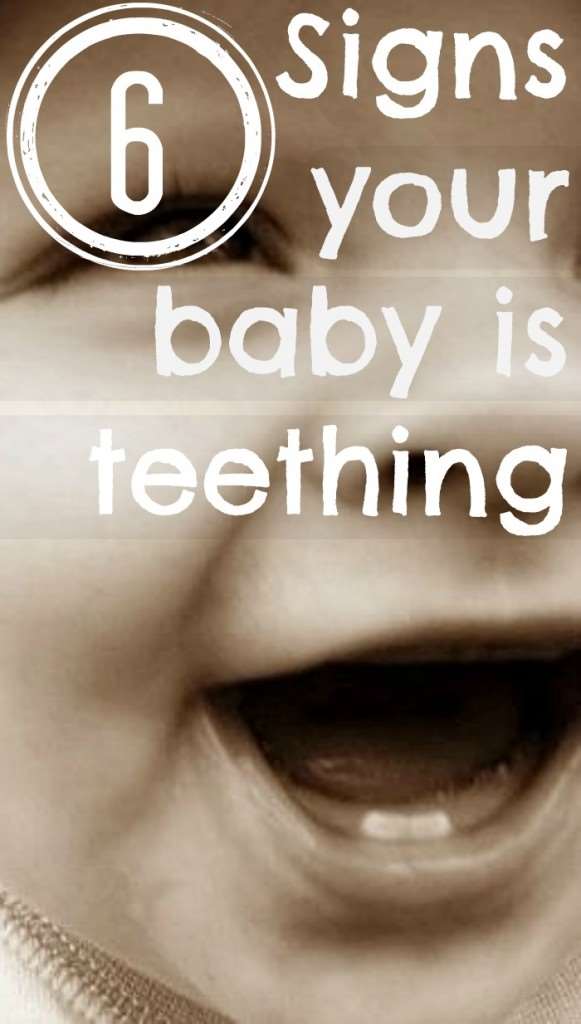 While most babies begin teething around six months, the first tooth can appear anytime between three and 14 months. Teeth usually come in pairs, starting with the bottom front two and followed by the top front two.

Most babies experience increased drooling and crankiness at the onset of teething, but symptoms can vary for each baby and the process can be long, drawn out and frustrating for babies… and their parents.

The six possible signs are:

The need to gnaw

The pressure of an emerging tooth beneath the gums may be relieved by counter pressure, so teething babies often want to chomp on things. The chewing instinct may also be a response to the odd sensation that something’s going on in there.

Before a new tooth erupts, it can cause a red, swollen, bruised-looking area on a baby’s gums. Sometimes the gum bulges with the emerging tooth, which you can see faintly beneath the skin.

Increased spittle can herald a new tooth – but it’s also a normal developmental stage of infancy, so don’t assume that drooling means teething. There’s no way to tell whether baby’s saliva is the result of teething or not, though it may be if you also see….

Tooth eruption (when the tooth moves through the bone and gum) tends to come in stages, with more activity at night than during the day, so baby may be more irritable in the evening.

While it can also be a sign of ear infection, tugging can be a symptom of teething – the pain from the jaw gets transferred to the ear canal.

A change in eating habits

Babies who are eating solids may want to nurse or bottle-feed more because a spoon irritates their inflamed gums. Others may do the opposite, eating more than usual because the counter pressure feels good. And babies who are on the bottle or breast may begin feeding eagerly or pull back because the activity of sucking puts uncomfortable pressure on the gums and ear canals.

For more tips, information and teething advice visit www.camiliateething.co.uk or ask your pharmacist.

Camilia® Oral Solution is the natural way to help teething babies and toddlers avoid the discomfort and pain of tooth eruption, and associated minor symptoms such as irritability, swollen gums, and minor digestive disorders. Camilia® is free from alcohol, sugar, lactose and preservatives. It is also practical, hygienic and easy to use thanks to its application method: a sterile, sealed single-use dosing pipette. Camilia® is available in large Boots stores, independent pharmacies and online at boots.com