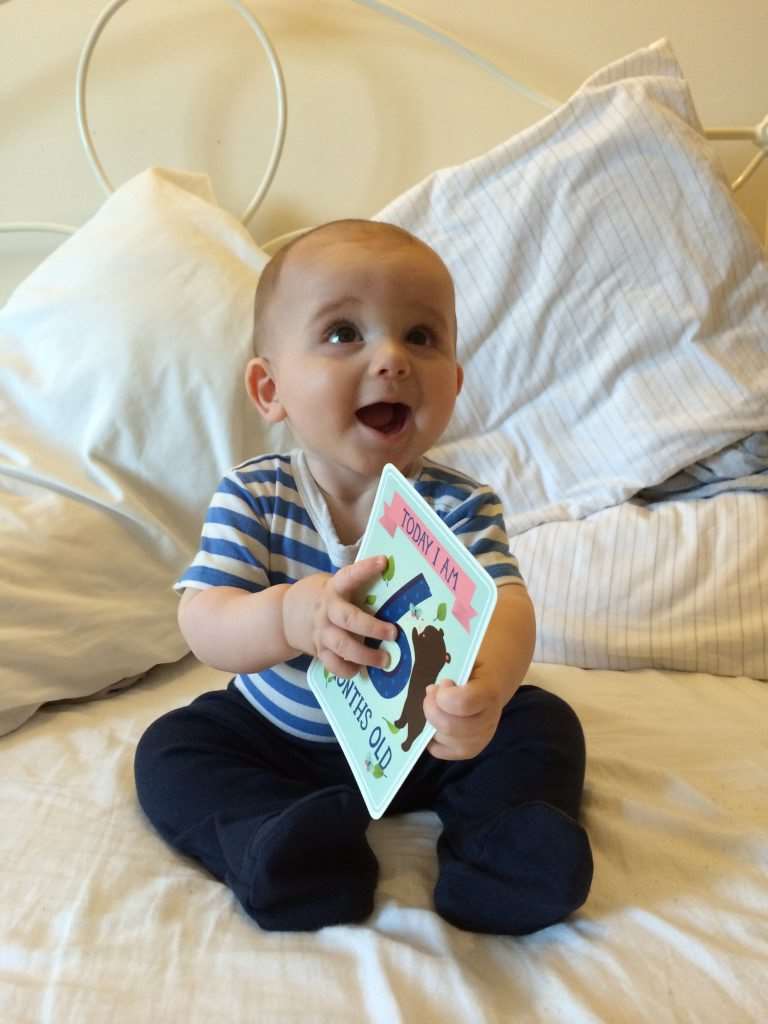 I remember running my first triathlon: I was exhausted by the 200th metre in the pool, let alone crawling over the finish line.

I remember running the 3 peaks and being awake for 60 hours whilst running up and down (and travelling to) the UK’s largest mountains: I was exhausted beyond anything before. (I don’t recommend taking on the role of navigator as well as the race itself by the way…).

I remember driving 14 hours straight to get to the French Alps: I was exhausted with an incredible back ache.

But in truth, the exhaustion of having a new born baby surpasses all understanding, all experience and all expectation… And that’s just me… Try being a breastfeeding mum! (The wife is AMAZING!)

It’s true though, I have never been this tired.

Bizarrely and in total contrast, I have never been this energised. Coming in from work to receive a smile from your 6 month old boy is more energising than the Duracell Bunny on a sugar rush. When those moments happen, I’d happily run the 6 peaks and not sleep for a week. Being woken up at 4am and having to go and feed your baby is hideously tiring but when you see his little face satisfied in your arms, the tiredness (momentarily) fades.

I remember the tentative driving as we left the hospital and arrived home; this precious little bundle in tow. We lay him delicately in his moses basket and simply watched & stared for hours. I examined every inch of him as best I could and I remember thinking, I wonder what you’ll be like when you’re older. There’s so much I could tell you about mine and the boy’s story so far, but rather than write a trilogy, I’ve tried to pick the best bits and the special bits.

Some of you may have seen the explosion from the boy’s backside. It circulated most of the globe and was even on a Hebrew website a short while ago. I have never witnessed such violent displays launching from such a delicious and scrumptious thing! (The baby I mean, not the bum.) Without fail, I am staggered each time I am wet wiping his neck, his elbows, knees and belly button. I couldn’t get poo in those places if I tried! (I haven’t tried!)

At the weekend, getting up at 7 and leaving the wife in bed for a few extra vital ZZZ’s has been really special for me. I take the boy downstairs and we pop on Transworld Sport or Match of the Day and he sits, tucked under my arm for a good 20 mins, still, silent, content and happy. Then we’ll chuck the carrier in the car and head out to the countryside for a quick walk in the woods. I love the outdoors and being able to share it with the boy, even at 1 month when we started, is incredible. I hope to continue this till I’m physically unable. Those times are the best moments of my week without a doubt.

It’s been such an adventure just finding these little ways of spending time with him and getting to know him. Little ways of bonding that are unique & special to us. As I reflect over the last 6 months, it’s these times that are at the forefront of my mind.

We’ve seen all the usual milestones, albeit a little sooner than normal, I think he’s gonna be smart! He was holding his head at 6 weeks, rolling at 3 months, rolling back at 4 months, sitting at 5 months and eating now at 6 months. He still hasn’t quite managed the sleeping through the night though…or even for long spells…. aaargh! But he has managed to find his voice.

I was so excited in that moment of watching him roll over for the first time on the bathroom floor. The wife had been practicing with him all day and he hadn’t quite managed it. I came through the door after work and was ushered upstairs quickly – then he rolled! Amazing. I was filled with pride, excitement and utter love. A moment I will never forget.

We’ve been starting to wean him over the last couple of weeks and I’ve loved seeing his face squirm at the taste of new foods; the sharpness of apple and the texture of porridge. He’s only just getting used to the fact that we use bizarre utensils to load his mouth up. I’ve coped with the mess better than I thought, although I arm myself with wipes, muslins, napkins, water and goggles…

Hearing his giggle melts my heart every time. Making him giggle melts it further still. I’ve learnt what he likes and what he doesn’t and I’ve learnt exactly what I need to do to make him laugh.

One of the greatest journey’s though, is the journey that he’s been on to the point that he recognises me. His face lights up when I come home from work and he holds his arms out to me. I’ve seen this recognition grow and his reactions develop as the months have passed by. There’s nothing like it in the world – that’s a cliche I know, but most cliches have a thread of truth running right down the middle like a stick of rock.

Watching him grow and develop each day is the ultimate highlight; seeing him do things for the first time, watching him explore and find out new things about the world he lives in. I love watching him as he takes it all in.

I can’t get over how quickly 6 months has gone. A few more and he’ll be 18; I guess this is when the real challenges start! Where has my tiny little baby gone? I’d repeat these 6 months in a flash and taking time to think about it and everything that’s gone makes me sad. Did I make the most of it? Have I appreciated it all enough? Have I missed out on things? Did I spend enough time really looking at him and being with him? Did I take enough photos?

But even if I’d spent every second with him, it probably still wouldn’t feel like enough. Even if I’d taken hundreds of photos each day, I’m sure I’d still feel like I should have just taken one more! And there’s never enough time right?

6 more months and he’ll be a year old! That seems a long way off, but learning from this experience I guess I’ll be there in a flash.

I’ve tried to sum up my first 6 months in 20 words, which is actually ridiculously tricky to do! Anyway, here it is:

‘These wonderful 6 months have taught me many things, I love deeper, I protect harder and I cherish every moment.’ 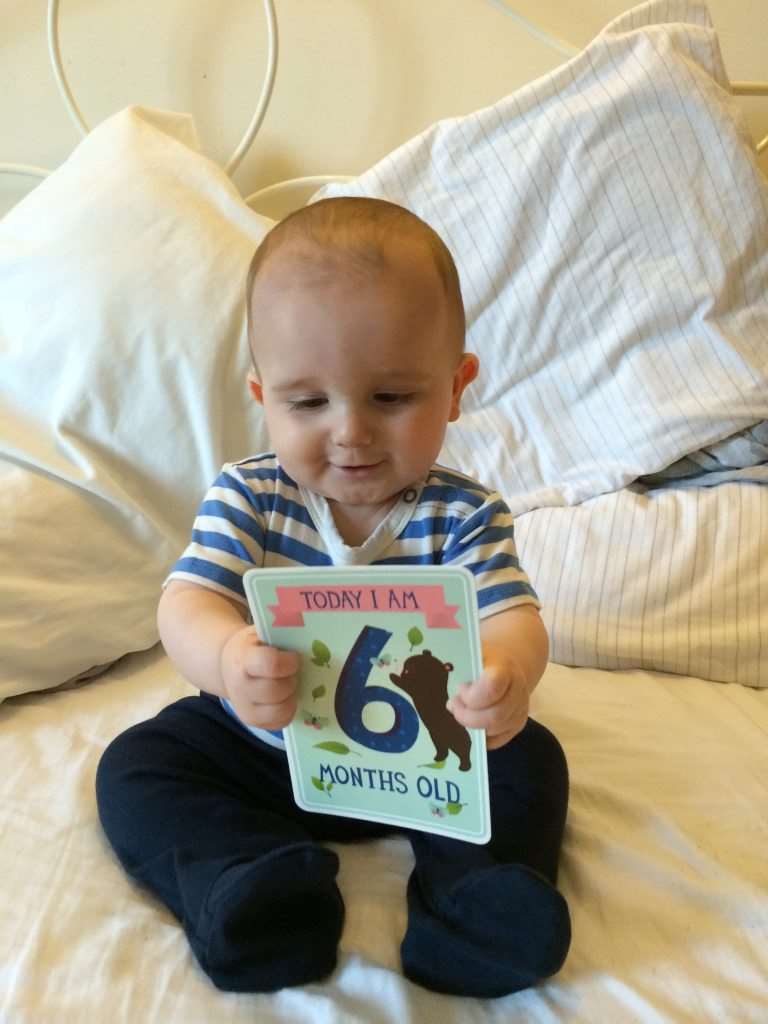 Make sure you check out some of our most popular posts:

Everything you need to know about buying a car seat