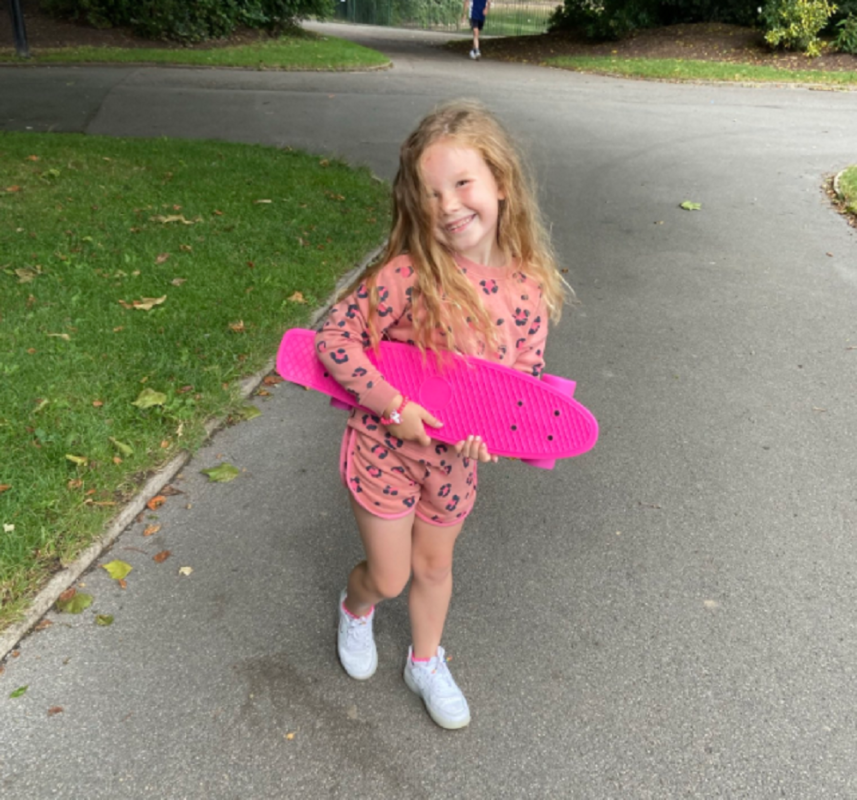 With Sky Brown taking bronze in the women’s park skateboarding final aged just 13, young people have seen her example and bought boards themselves.

Five-year-old Nancy Maloney, from Liverpool, has taken up skateboarding “without fear” after watching the Olympic sport, according to her father.

Gerard Maloney said Nancy has been skating every day since getting her board, and has had “a few falls but springs back up”.

He told the PA news agency: “We watched the skateboarding in the week and first thing Saturday she was up and ready to go and buy one.

“She loves Sky Brown, she knew her already from YouTuber Jordan Matter, but she didn’t realise she was an Olympian until then.

“This has made her even more excited now.”

Mr Maloney said Nancy has the determination to become an Olympian in the sport herself if she keeps skateboarding up.

“She is a very determined little girl… The way she has taken it up without fear makes me feel proud,” he said.

“We encourage her to do whatever makes her happy. If she chooses to pursue skateboarding as her dream she won’t give in until she is the best skateboarder.”

Daisy Adams, three, from Bristol, has been enjoying the cycling at Tokyo, particularly the BMX and velodrome events.

“She watched and loved the BMX racing; she watched the qualifying and final mesmerised… then she watched the freestyle BMX and immediately wanted to go out on her bike doing her best tricks and jumps.

“She absolutely loves the velodrome… seeing it on the Olympics has only made her more desperate to be able to have a go herself.

“The Olympics has shown her and other girls that BMX isn’t just for boys as it was traditionally seen in the past.”

Declan Brooks, who won a bronze medal in the BMX freestyle park, wrote on Twitter: “The way everyone has taken BMX in at the Olympic Games is absolutely brilliant.

“The sport I have cherished for 16 years is finally getting the recognition it has long deserved.”

Have your kids been inspired by the Olympics? Tell us about it down below!