Terry Towel – What the What??? 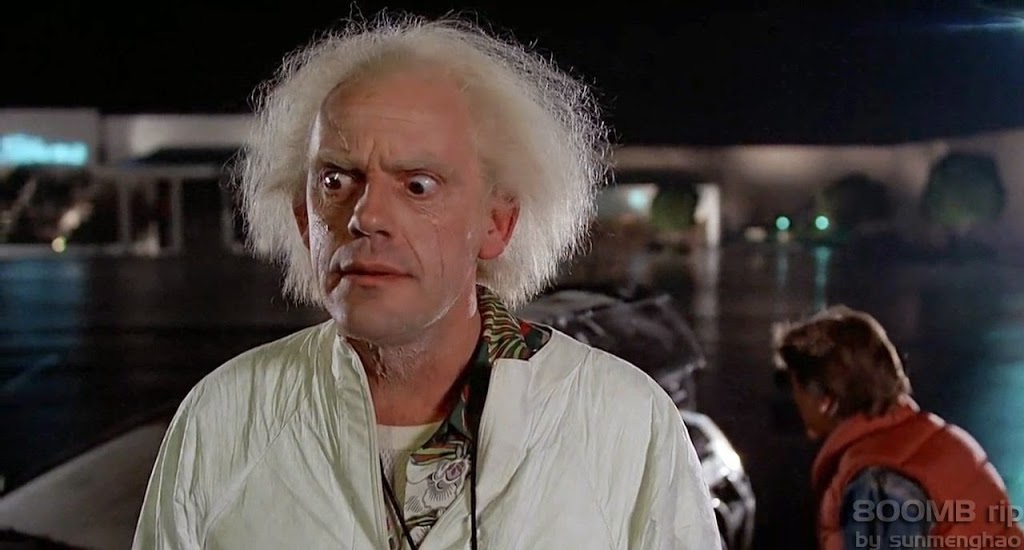 Is this even a post? Have we bumped into Marty Mcfly from Back to the Future who has sent us back to times before disposable nappies? Surely they stain? Surely they smell? Can you actually get them white again? Maybe someone should invent brown Terry Towel nappies? The electricity bill must be through the roof from machine washing? Don’t they leak? Is a safety pin not unsafe? Will using safety pin pass the Red Cross health & safety requirements? So many questions about something that seems so ridiculous when you can simply buy pull ups…
Yet I’m finding myself typing out instructions on how to “do” a terry towel nappy. Can someone stop me please? Seriously…this is just a waste of time.
Step 1 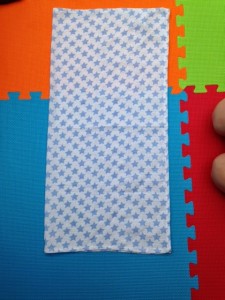 Fold your piece of fabric / towel in half to make a rectangle that looks like this… about 30cm X 70cm maybe.
Step 2 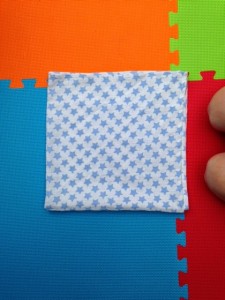 Then fold in in half to make a square. Make sure the top layer is accessible…
Step 3 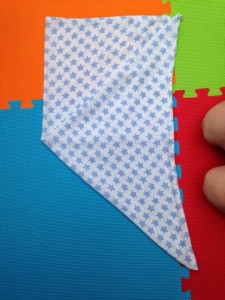 Take one of the corners, I don’t really know which but try and follow the knee’s in the picture. (The wife has got nice knees…it’s why I married her!)
Step 4 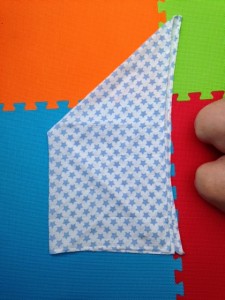 Then turn it over… I’m just repeating what they wife said!
Step 5 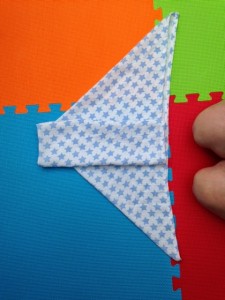 Fold the top layer in on itself in small rectangles? (Yeah, I don’t understand that either.) But at least it then looks like a pretty cool fighter jet. One of those Black Stealth bombers… cool eh!
Step 6 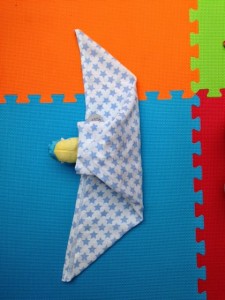 Put your small cuddly T-rex, I mean, baby with it’s legs / feet at the narrow end of the towel. (That small yellow bit is the T-Rex’s head.) Then pull the thick middle bit up through the legs and hold at the baby’s waist line.
Step 7 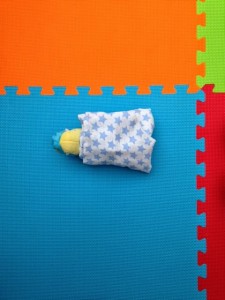 Wrap the ‘wings’ round the waste… and…
Step 8 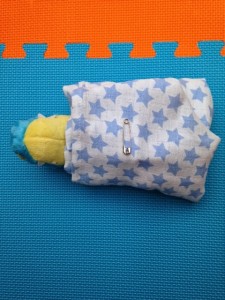 Fasten with a very dangerous and dubiously named ‘safety’ pin. Note the direction of the safety pin head. This is important because it means… erm…
Right there you go… now you know… I know… we all know… none of us are going to do it… and I’m off to waste more time counting my spare change or watching Big Brother or talking to the wife about the state of the road surfaces.
*I’ve just shown this to the wife to proof read, as I actually can’t spell anything, and she’s informed me that there is actually an insert that you ‘throw away’… is that not just a disposable nappy? Why are we then wrapping it in a towel? Has the world gone mad!