The Benefits of a Paternal Presence 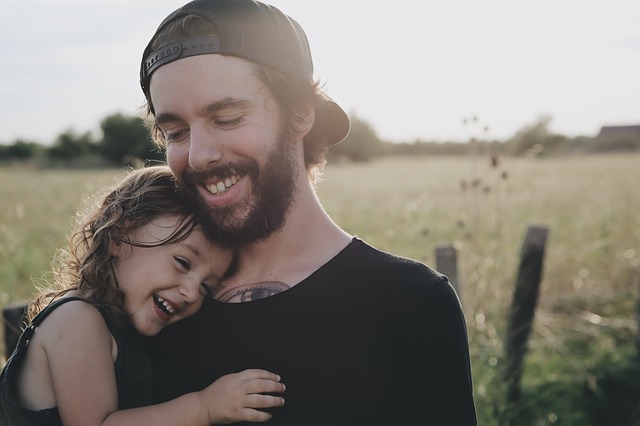 In an ideal world every child would have, at the very minimum, one, loving primary carer. Most of us would like to extend that to two – be it a partner, spouse, involved grandparent or close friend. It is commonplace to assume that a child’s primary carer is female and accept that to have a male involved is simply an added bonus and as such there are lots of studies on the importance of the maternal bond. It seems ridiculous in this day and age that research about Fatherhood is thin on the ground but it is.

Research shows that children who have fathers involved in their lives do better developmentally than this who do not. Yogman, Kindledon and Earls conducted a study on preterm babies aged 0-3 and found that the babies were more likely to have a higher IQ and increased cognitive function if their fathers played an active role.

“Even as early as three months, these father-child interactions can positively predict cognitive development almost two years later, so there’s something probably quite meaningful for later development, and that really hasn’t been shown much before.”

Professor Paul Ramchandani, from the Department of Medicine at Imperial

It has also been suggested that children who have a present father are less likely to suffer from poor mental health later on in life.

In a prospective study, when fathers were more involved (caring, playing, communicating) in infancy, children had decreased mental health symptomatology at 9 years of age.

In today’s climate it is more important than ever for our young people to be able to determine what is acceptable behaviour and what is not. Far from the old adage that rough housing with children is teaching them that ‘boys will be boys’ *insert eye roll here* Father’s who play with their children in a physical manner are actually teaching them what the boundaries are.

Children who roughhouse with their fathers learn that biting, kicking and other forms of physical violence are not acceptable. They learn self-control by being told when “enough is enough” and when to settle down. Girls and boys both learn a healthy balance between timidity and aggression.

The benefits aren’t all for the child – research has also found that being a part of your offspring’s life also carries it’s own ‘dadvantages’.

A 2003 British study of 4,252 men ages 60 to 79 determined that men with two children had a “significantly lower risk of developing heart disease than men with one or no children.” Beware though: For each child you have beyond two, the risk increases by 12 percent.

To be honest with you I wish I could reel off another fifty benefits as we all know that the presence of a father in a child’s life (if indeed they have one) are numerous. But the fact is that not enough research is conducted in the field of psychology when it comes to the father-child bond because when a lot of the initial attachment studies were conducted they just weren’t considered important enough.

I think it’s about time to change that mentality, don’t you?