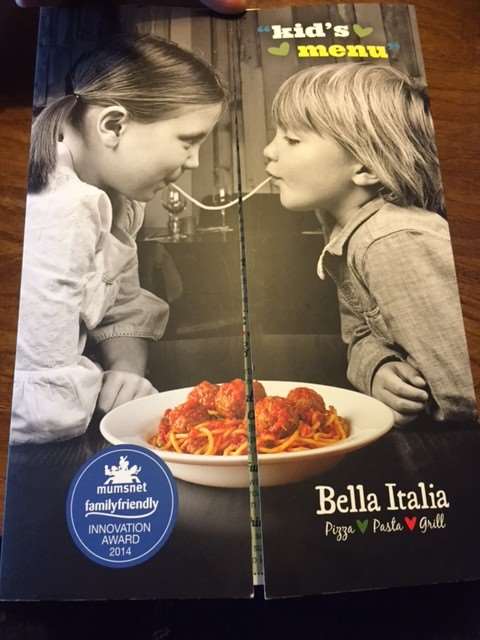 If you read any of my recent articles / appearances in some other publications like Telegraph men & The Baby Box Company blog, you may have seen 3 names under the ‘children’ section:

Having said that, a few weeks ago we had the opportunity to go out for dinner as a family to test out the new Bella Italia children’s menu. We’ve been there before but never really noticed the children’s menu. We were amazed at the range of options on offer: they had Ella’s Kitchen pouches available for babies, ½ sized portions for younger children and ¾ sized portions for older children! You can have anything on the menu but in either of the 2 portion sizes.

What a great idea!

And the best bit, the menu is endorsed by Mumsnet! It’s clear that Bella Italia have thought about producing a great children’s menu and in our opinion, they’ve succeeded!

The menu really is very good – we’re pretty big fans of the large Italian chain restaurants, and this children’s menu is by far the best we’ve come across.

Well done Bella Italia! We will be back for more!