Time to Ditch the DadBod: 5 Commitments to Improve Health 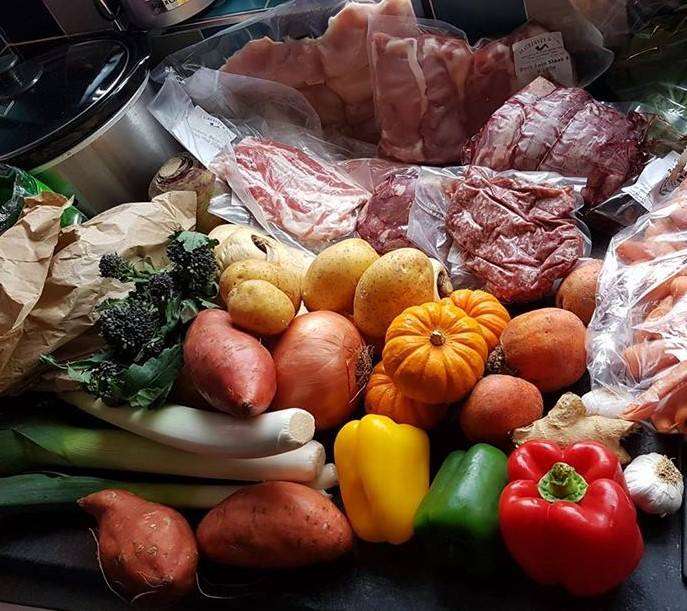 Liam is 28 and dad of two beautiful girls. He is currently a student teacher and juggling assignments, teaching placements and parenting. It is a constant battle, but he is winning (just).


Every year you see the same thing on social media: a plethora of “New Year, New Me!” posts or “I’m sick of seeing all these ‘New Year, New Me!’ posts!”. The fact is, January always feels like a clean slate – an easy starting point for a year of new healthy commitments. The tins of chocolates are thrown out, the cupboards are raided and emptied of all ‘sins’ (apart from that ‘mergency chocolate bar) and your fridge is loaded up with various green stuff.

Here are some of my commitments to improving my health over the next year.

The Picture of Health – Something Needs to Change

This year I need to make some changes. The first half of last year went well (as it usually does – perhaps we need some mid-year resolutions too). I lost some weight, I gained some muscle and I generally felt fit and healthy. Two things screwed that up.

Firstly, I was almost drowned in university work. Rather than managing my time well and keeping up my new fitness and healthy eating regime I let it consume me. I was regularly found at the laptop having a Jack ‘n’ Coke and several bars of chocolate whilst I frantically wrote assignment after assignment. Not good!

Secondly, child number two came. Health and fitness was very much thrown out of the window after having our second.

Time and time again I’ve tried to get fit and healthy by myself. Either at the gym (although rarely) or in the house doing one of the many fitness apps that I’ve tried. I recently joined the DadBod Busters group and already I am seeing the effect on my motivation to do well. If I struggle, or my interest in becoming healthy wanes, I can use this immensely supportive group to spur me on.

In the group you will find a bunch of like-minded dads, some of which will have the same aims, circumstances and barriers as you. Some people need a place to post their progress and get some reassurance that they’re doing well. Others need tips on how to lose weight, get fit and healthy, gain muscle – just about any information that you can think of that you might need as you embark on this new year of health. You’ll get that in spades in this group because, as in all TDN groups, we’re all in this together.

It’s all good and well saying that you want to drop a couple of stone/30 pounds. Saying you’ll do it by next week by only eating salads and working out three times a day is unrealistic. You have to take into account your circumstances and your current lifestyle.

I tried to rigorously exercise every evening sometime between dinner and going to bed and reckoned that by doing so I could get through the ’30-day-fitness-challenge’ easily. The reality was that by the time I had bathed and put my toddler to bed after a long hard day, I was completely exhausted (I would often fall asleep whilst putting her to bed too which didn’t help). Working out was the last thing on my mind. Usually food was the first. Instead, what may work best for me is working out before dinner whilst the kids are on Skype to their grandparents. I’m not a great ‘morning person’ and my days are usually quite full up until the evening so this may be best for my own circumstances.

In terms of my diet, there is no way I can go without caffeine. I tried switching to flavoured teas but they just didn’t cut it, delicious as they were. Instead, I dropped the sugar from my tea and generally had one in the morning and one in the afternoon instead of the 5 or 6 cups a day. At first it was challenging but I started to feel a lot healthier for it. Maybe I could go a step further and cut out caffeine completely? Taking small steps towards being healthier is still progress.

-the realisation you’ve still got to do your workout today-

3. Cut out the rubbish

As mentioned above, it’s probably going to be easier to cut down on things if you do it in stages. Saying that stuffing 3 chocolate bars into my face instead of 4 is still pretty bad. Now that we’ve had our annual purge of sweet treats in the house, I aim to keep the rubbish in our house to a minimum. No longer will I be bullied by the Ringtons man into buying four packets of chocolate covered, chocolate filled, heavenly biscuits – which of course need a cup of tea to be dunked into. I may actually eat some of the green stuff.

In the past, we went completely cold turkey with sugary treats and ‘bad’ foods and it resulted in us falling off the wagon in spectacular fashion (pizza, kebab and beer all in one go). This time we hope to cut it out more gradually, so maybe the odd little bit of chocolate – but sparingly and as a treat rather than part of a regular diet.

Just by making a few better choices in the day, the effects of being healthier can really be felt. At the supermarket recently, instead of throwing in a load of reduced pies I got some samosas and some falafel/humous packs in. Instead of getting a drink of coke when I got home to go with my dinner I had a glass of water. I also hope to stop buying beer when we have guests – if it’s in the fridge I will drink it!

Before I got a car, I walked everywhere. I LOVED walking. Put the earphones in, switch the music on and I would be away. Now that I have a car I barely walk at all. One thing that my wife and I have vowed to do is to make sure we go walking a lot more. We both enjoy it, we both feel great for doing it yet neither of us has been a walking advocate for quite some time.

Since joining the Dadbod Buster group, I’ve also started running again. This usually lasts about a month before the running shoes get thrown in the cupboard but with the motivation of being a part of The Dad Network Strava Club, hopefully, this is a new leaf that won’t get ditched for some time.

If ever you need some encouragement or proof of what moving that little bit extra can do, check out this video. It all counts man.

5. Get your kids involved

As with all that we do as parents, nothing can be done without our little ones’ presence. Earlier this evening when my wife went out for her first run in a long time, Olive declared that she was going to find her running gear so she can go for a run with mammy. When she was told that she didn’t have running gear she was gutted (she wanted to say ‘ready, steady, go’). What this has told us is that we have to include our children more thoroughly into our health and fitness kick.

Walking with them is just the best. Watching your toddler explore the world around them and gain new experiences is amazing. Last time we went out for a walk, Olive made up a new song and was skipping away. Before that, she stroked a horse for the first time. Through all of this you are moving, often chasing them when they get a bit too adventurous. I can also say from experience that nothing exhausts an overweight, grown man more than following your toddler through soft play…

What are your health and fitness commitments for this year? How do you include your children in that?