Is this the best pre-balance bike on the market? Toddlebike 2 Review 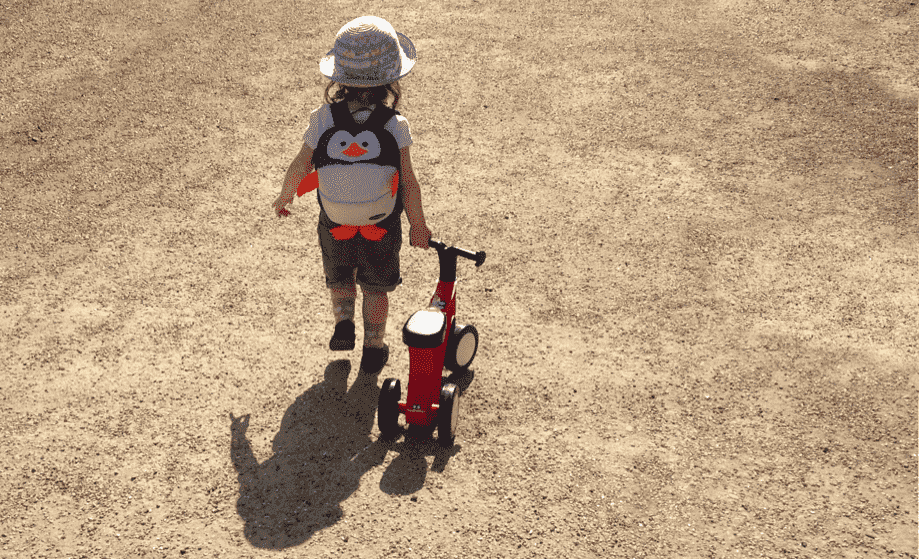 It was getting time to get Harlie a balance bike.

I’d read all about them and how they help your toddler get ready for a pedal bike and I was convinced that this was the way to go. Except for one small problem, they were all too big for her. She sat in the store with a big smile on her little face trying to stay on the bike with her toes only just scraping the floor, dangerously wobbling from side to side. She really wanted a bike and was so disappointed when we left without it. 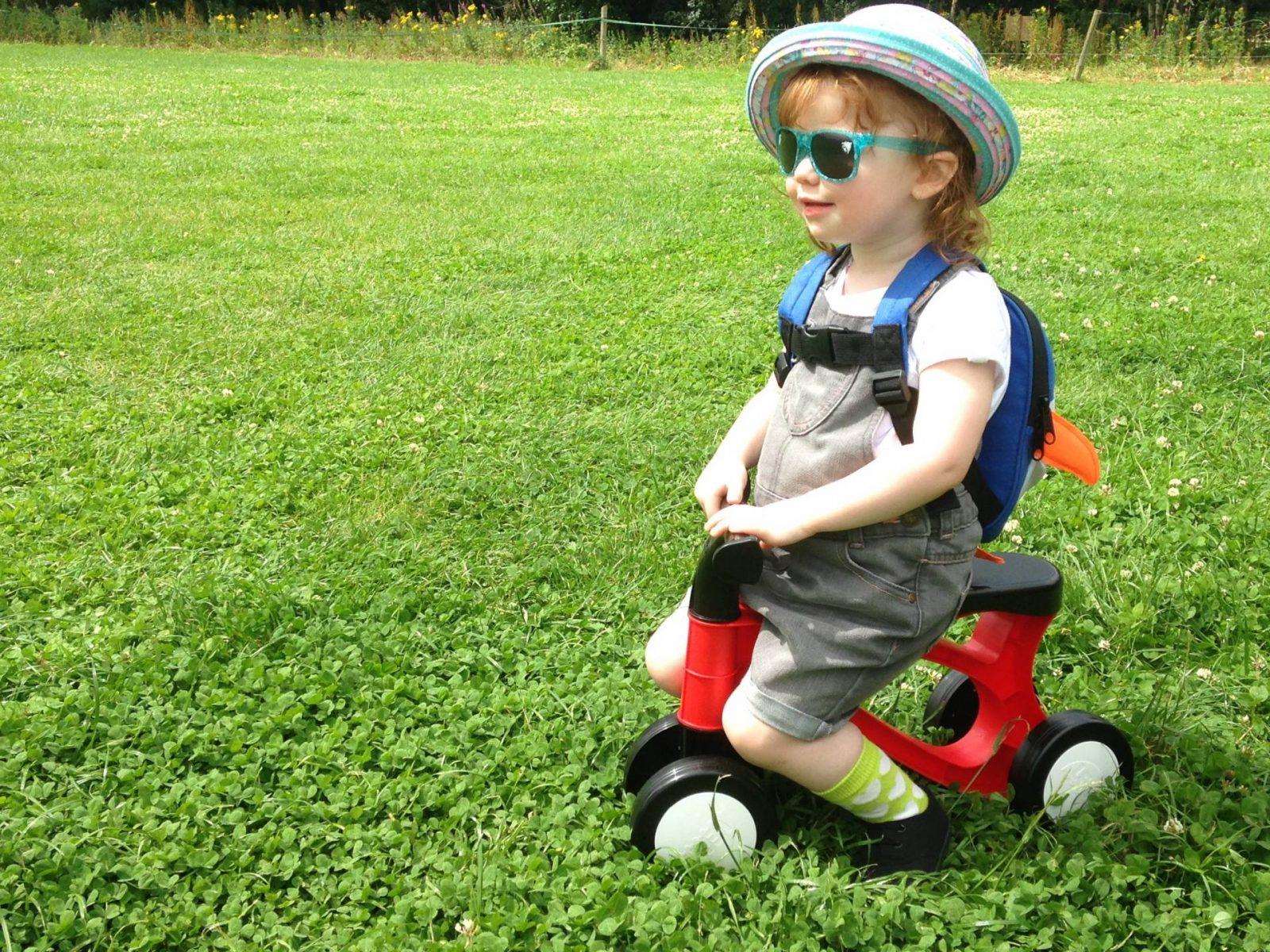 But then we were given the Toddlebike2 to review and within a couple of hours of taking it out of the box she was half scooting half walking around and around the front room shouting, “my bike, I love my bike!” A sentence that until now had only been reserved for Mummy, Daddy and the cast of Frozen.

It’s designed to be used from around 18 months or when they are walking confidently. To be honest, I wish we had known about this bike months ago as it’s just the thing for when your kids are too big for their baby ride around but too small for a balance bike. 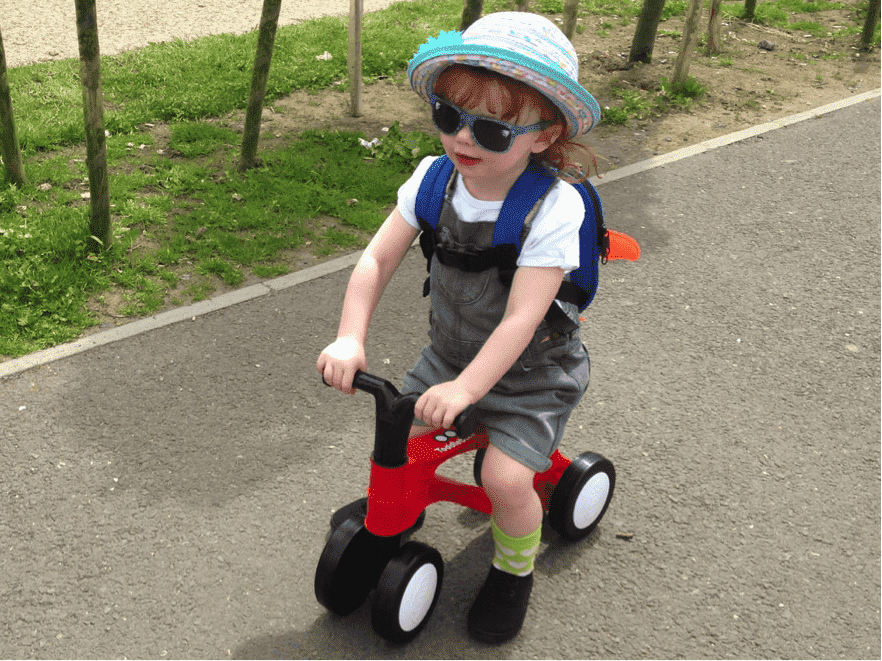 In actual fact, I think I love it too; its bold colour options (we have the red one, which is my personal favourite but even the pink option looks to be far from the usual garish tones normally associated with children’s toys…) and simple lines emote an almost Hepburn on a Vespa like quality of style. We’ve had several mums and quite a few dads comment on the “cool bike” when we’ve been out and about recently. I found myself imagining a toddler version of Roman Holiday which in fact turned out not to be too far from the truth when Harlie proceeded to attempt to re-enact that famous bike ride on her very first outing! She soon got the hang of it and was happily wheeling along in no time.

Less than a bag of sugar! 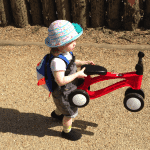 As for the claim that it’s light enough for your toddler to easily maneuver you can see above, she had no problems at all making a break for it with her hands full. 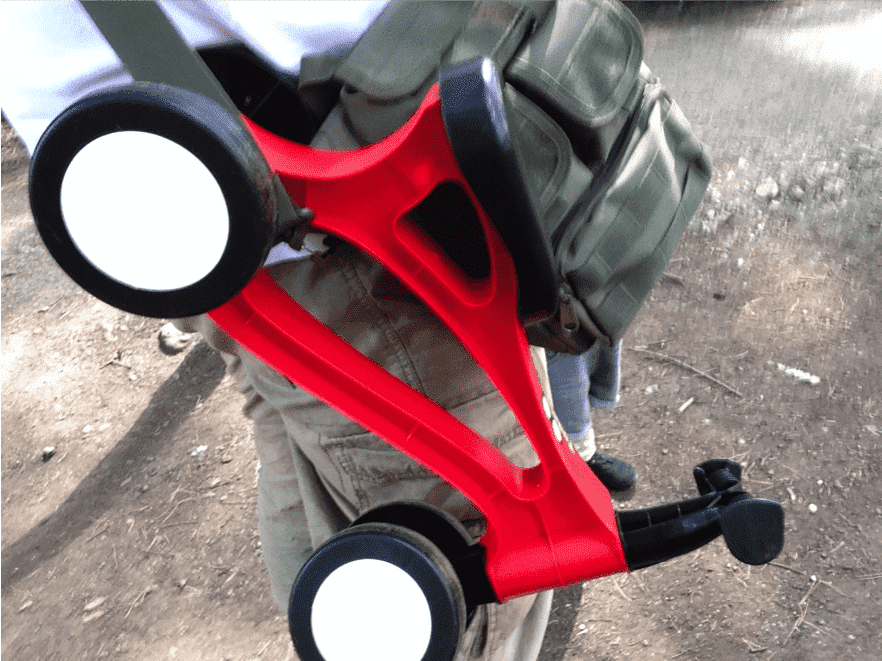 I love the most is how easy it is to carry. I was under no illusion that however much she liked whatever bike we got her it was always going to be me or mummy that would be carrying it whilst running around the park. So as the designated stay at home parent, knowing it would mostly be me I was very interested in the fact that it weighs less than 1kg. We don’t use a buggy these days (she’s just over 24 months, 3ft ish if you’re wondering how big the bike is), she much prefers to see how much punishment daddy’s lower back can take. But I attached the Toddlebike to my bag and can honestly say I barely noticed the extra weight.

As I pointed out its light enough that you sometimes forget you’re carrying it so it has already been impact tested against two trees, my car and my wife (sorry dear). Harlie has also put it through some pretty intense gravel and off-road testing and so far it’s as good as new.

It’s also easy to clean, even after a day on gravel the hard wearing plastic wheels wiped clean with a baby wipe (standard parent level cleaning equipment) instead of just tearing the wipe to shreds which some plastic wheels are want to do. In fact, it meant the wheels were clean enough that upon inspection the gatekeeper, (mum) gave the bike clearance for indoor play!

We love the Toddlebike2, the only problem we can see with it is going to be finding something as good when she outgrows it, which means that the Toddlebike2 receives an official Dad Network star rating of 5 / 5 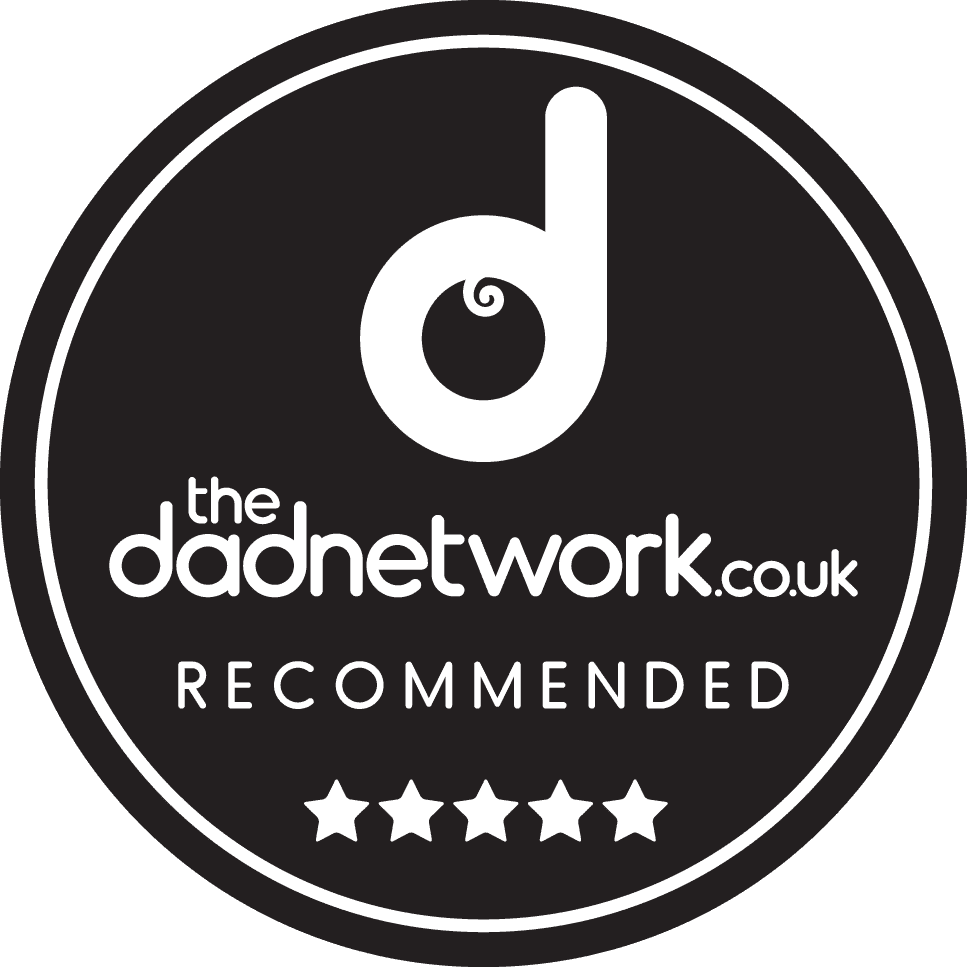 So now it’s time for Harlie and her trusty steed to ride off into the sunset.

The penguin? Well, that’s a story for another time.