Too few women planning a baby lead a healthy lifestyle 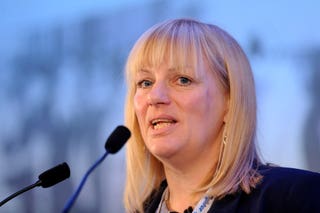 Researchers found that many women hoping for a child lacked the healthy lifestyles that could lead to better outcomes for mother and baby.

In 2018, Public Health England (PHE) said women could make themselves fit for pregnancy through a healthy diet, regular exercise, taking folic acid supplements, looking after their emotional wellbeing and ensuring sexual health tests are up to date.

It said the risks to planning a pregnancy include alcohol consumption, illegal substance use, poor mental health, obesity and smoking, with most women who smoke before pregnancy carrying on while they are pregnant.

Now, a new study from the charity Tommy’s has found that many women are overweight, smoke, drink, consume caffeine and have a poor diet in the time before they conceive.

However, other experts said the findings had limitations and all recommendations for women must be evidence-based.

For the new study, experts analysed survey data from the Planning for Pregnancy online tool run by Tommy’s and looked at women who had already stopped contraception (active planners) and those who had not (non-active planners).

Overall, 131,182 from across the UK were included, of whom 65% were actively planning a pregnancy.

The study found that, from the whole group of women, 20% were smokers and less than one third (32%) took folic acid supplements.

Some 42% engaged in less than the recommended 150 minutes per week physical activity and only 53% consumed five portions of fruit or vegetables, four days a week.

Overall, 80% of all women consumed caffeine. Research has suggested that too much caffeine throughout pregnancy can cause lower birth weights and miscarriage.

From all women in the study, 55% were drinking alcohol. Too much alcohol in pregnancy is linked to issues such as premature birth and miscarriage.

Smoking, drug use and lack of folic acid supplements were common in younger women under 25 and those who were underweight.

Writing in the journal BMC Pregnancy & Childbirth, the team from King’s College London concluded: “This unique survey of UK women has identified poor adherence to preconception recommendations in those planning pregnancies and supports the need for a greater public health focus on preconception health.”

Author Dr Angela Flynn said: “Despite lots of evidence that folic acid supplements improve pregnancy health, few people we studied were taking them when trying for a baby – and research from the turn of the century found similar trends, so it’s worrying that awareness and behaviours haven’t really improved.

“The road to parenthood isn’t always straightforward, so it’s vital to let people know how they can prepare themselves, as well as having support services available for anyone who needs help to give up risky but addictive behaviours like smoking or drug use.”

Tommy’s midwife Amina Hatia said: “Most people make changes to look after their health and wellbeing once they know they’re expecting, but many don’t realise that acting even earlier can really help get the body ready for pregnancy.

“It’s not just about cutting out risky things like caffeine, alcohol and cigarettes; taking positive steps like keeping active and eating a balanced diet can also make a big difference.

“Pregnancy-related health issues often have nothing to do with parents’ lifestyles, but research shows there are things that can reduce the risks, so sharing this information is a vital part of our mission to make the UK the safest place in the world to have a baby.”

Professor Viv Bennett, chief nurse and director of maternity and early years at PHE, said: “Good preconception health – how women are in the weeks, months and years leading up to pregnancy – plays a crucial role in the health of women and their babies, and on into childhood.

“We need to provide clear information and support women who want to have a family in the future to start making positive changes to improve their health now – in advance of becoming pregnant, to help give every child the best start in life.”

But Clare Murphy, chief executive of the British Pregnancy Advisory Service (BPAS), said: “As noted by the authors, there are limitations to this study, and therefore the results should be interpreted with caution.

“The data is drawn from an on-line digital health tool which was designed to provide tailored advice to improve health and pregnancy outcomes.

“It may be that those using the tool were doing so because they had concerns about their health and wellbeing, and so may not be a representative sample of all women considering or planning a pregnancy.

“Moreover, the survey did not collect data on the quantity of consumption of caffeine or alcohol, and it may be that many of the respondents were consuming these substances at a low level for which there is no evidence of harm to pregnancy.

“We need to be very careful that messages around risk in pregnancy are evidence-based and do not cause undue anxiety at what can already be a stressful time for women.”

She said fortifying flour with folic acid was a strategy the Government could bring forward as soon as possible.

Dr Edward Morris, president of the Royal College of Obstetricians and Gynaecologists, said: “We welcome the call for a research strategy looking into women’s lifestyles while trying for a baby.

“There is a lack of information about the actions that women can take when planning a pregnancy in order to increase fertility, increase the chance of having an uncomplicated pregnancy, and help achieve the best outcome for mother and baby.

“We have called for improved access to information and support on pre-conception health in our Women’s Health Strategy, as the promotion of healthy behaviours will not only improve the health of the individual, but will positively impact future generations.”

Have you struggled to conceive? Tell us about it down below.