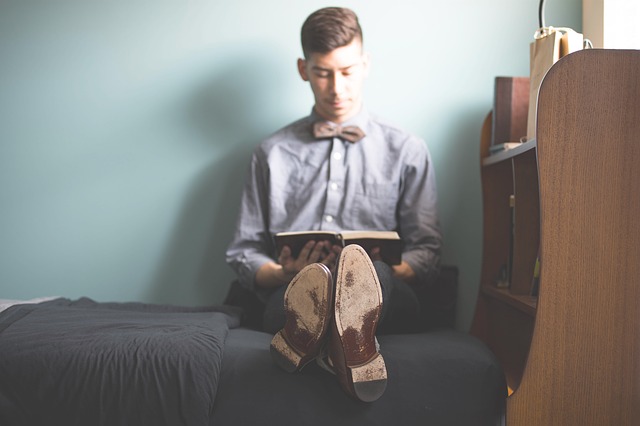 Toxic masculinity refers to harmful behaviour and attitudes commonly associated with some men, such as the need to repress emotions during stressful situations, and to act in an aggressively dominant way.

Article from The Independent

One of the ways that masculinity sometimes manifests is through toxic behaviour which ultimately ends in violence, and that violence either is enacted on men themselves, or on other people

But unfortunately it is easy enough for ideas of toxic-masculinity to seep into our unconscious through the things that we watch and read. All too often it can be hard to separate our stereotypical views of what a man should be and what we know to be true i.e. a man can be whatever he wants to be and doesn’t need to assert himself in a way consistent with typically considered ‘male traits’.

With that in mind please allow me to suggest 5 books that won’t leave you thinking that men are all about aggression and violence and that challenge the idea that there are specific ‘male traits’.

1. How Not to Be a Boy by Robert Webb

This is my favourite book on the list, and (bold claim alert) perhaps ever. Webb articulates what it is like to grow up as a boy from a working class background with aspirations to be an actor and comedian with heartbreakingly perceptive childhood anecdotes. And, because it is Webb it is incredibly funny. If you don’t laugh and cry whilst reading this book then you are quite possibly dead inside.

“Being male is terrific, but comes with an extra load of baggage that is worth noticing. Because you might be carrying a load of stuff you don’t need. Stuff which is getting in your own – and other people’s – way.”

Robert Webb in an article for The Guardian

2. Man Up by Carlos Andres Gomez

Man up is inspired by Gomez’s one man show and combines play extracts with poetry and opinion.

Statistics on graduation rates, employment, and teen and young-adult suicide make it clear that the young males in our society are at a crisis point, but Gómez seeks to reverse these ominous trends by sharing the lessons that he has learned. Like Hill Harper’s Letters to a Young Brother, Man Up will be an agent for positive change, galvanizing men—but also mothers, girlfriends, wives, and sisters—to rethink and reimagine the way all men interact with women, deal with violence, handle fear, and express emotion.

Toxic-masculinity can be a silencing factor for many men and could possibly be the reason why suicide rates for young men are sky high. Thankfully Haig does not subscribe to the school of thought that think thinks that mental illness is a weakness and have given us ‘Reasons to Stay Alive’ an absolute gift of a book which documents his own suicidal thoughts.

I wrote this book because the oldest cliches remain the truest. Time heals. The bottom of the valley never provides the clearest view. The tunnel does have light at the end of it, even if we haven’t been able to see it …Words, just sometimes, really can set you free.

4. The Descent of Man by Grayson Perry

Another humorous book which aims to establish which kind of man would be most beneficial to the world. An honest take on everything from power to physical appearance.

What millennia of male power has done is to make a society where we all grow up accepting that a system grossly biased in favour of Default Man is natural, normal and common sense, when it is anything but.

5. I am Sorry to Think I Have Raised a Timid Son by Kent Russell

Kent Russell, an American Novelist, takes us on a personal journey into his childhood via a road trip which he takes with his father from San Francisco to Martins Ferry, Ohio.

Am Sorry to Think I Have Raised a Timid Son, both blistering and deeply personal, records Russell’s quest to understand, through his journalistic subjects, his own appetites and urges, his persistent alienation, and, above all, his knotty, volatile, vital relationship with his father. Through his travels to society’s ragged edges, the junctures between savagery and civilization, Russell gives us a haunting and unforgettable portrait of an America—and a paradigm of American malehood—we have never before seen.

What have I missed? What book helps to challenge the old fashioned stereotype of a ‘man’s man’ that many of unintentionally hold? I’d love to hear them! (and what you thought of any of these books if you have read them).