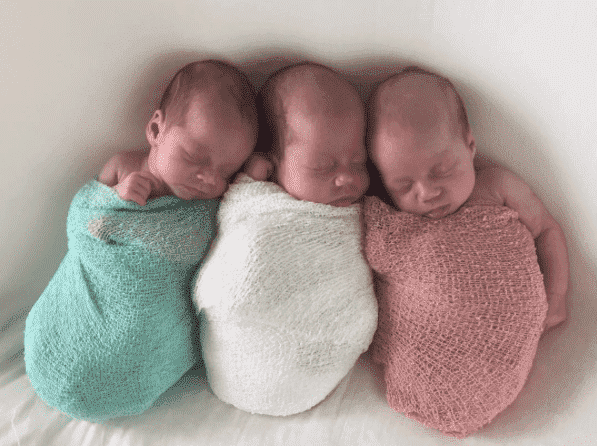 As I stood there in work shaking having been told an hour earlier we were having triplets, I was in complete shock, My wife and I had been for the scan and was told it was triplets, we looked at each other and laughed then cried then I had to sit down for a while as the nurses hugged us. 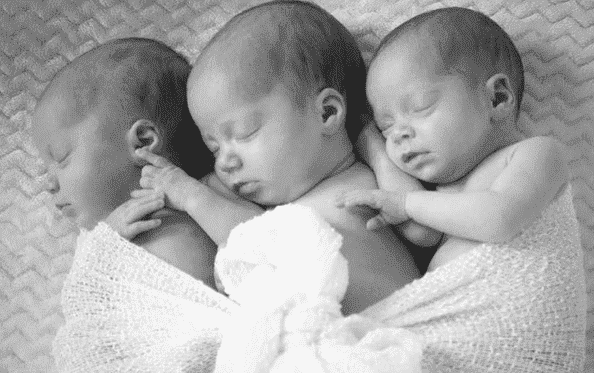 Ironically my wife had been really sick once we had the positive result I mean really sick, as in pull over on the M25 and throw up out the window sick, we kinda thought it may be twins after looking on the net and we even joked there could be more in there……

Once I was back in work after the scan I couldn’t stop shaking and my heart was going 100 mph, the worst thing was I couldn’t tell a soul as it was very early days and also my wife and I work at the same place so it would spread around like wildfire.

The hardest bit was not getting carried away I mean ok its triplets but they are the size of a poppy seed or whatever my wife’s app said that week, I knew I had to think on my feet but also didn’t want to jump the gun and start buying 3 of everything and then what if something bad happens what if we lose one or two or all of them. 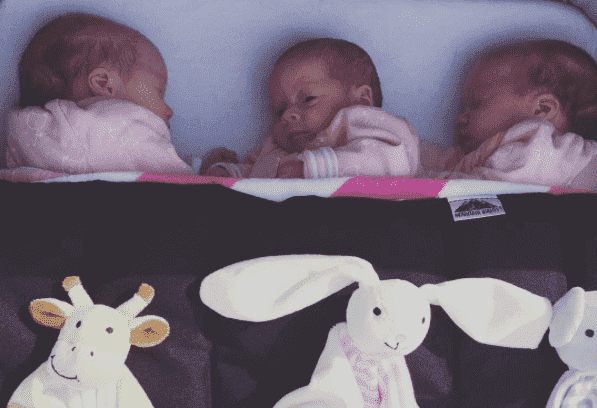 We already have a son, he is almost 4 and truly he is the best thing that ever happened to me (don’t tell my wife that), he is my best bud, always makes me laugh, we play football every night and by my own admission and to my wife’s annoyance he cannot do anything wrong in my eyes, bless him.

Anyway, once I had got over the initial shock and tried to work out what to do and when the long waiting game happened.

As the weeks ticked by the scans started, every scan we had they told us don’t get carried away its early days, I know I thought but also thought I need to get stuff, shall I buy something anything, even if it’s just a pack of nappies, no I won’t what if I have to look at them if something goes wrong I can’t.

As the time ticked by and the poppy seed’s turned into sunflower seeds and then peanut’s and then grapes the scans came thick and fast we started hitting key milestones, 12 weeks then 20 weeks then it was Christmas and we started thinking blimey maybe this is actually going to happen. 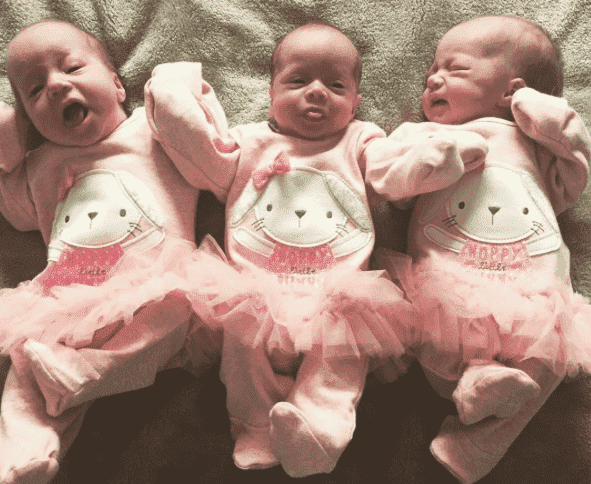 Every time we believed it would happen the doctors to their credit who were amazing kept us grounded and focused on the fact that the risks were so high.

During that time we found out it was 3 girls, 3 girls …..
buy zithromax online http://pmilv.com/wp-content/languages/new/cheap/zithromax.html no prescription

2017 was here and this was the year I finally decided that the girls, my girls needed a room and we had got this far and now we were going to be positive and believe they will all be ok and arrive safely, I painted their room pink and put up wallpaper my son Henry helped by flicking paint all over the floor and my head but who cares we had fun and the room got painted!

We went to weekly scans and the doctors always found issues, too much fluid, this one hasn’t grown, too much tension on the umbilical cord I mean what does that even mean!!!
buy amoxicillin online http://pmilv.com/wp-content/languages/new/cheap/amoxicillin.html no prescription

At 24 weeks which was early Feb the girls hit a crucial milestone which meant they could now technically survive if they had to be born, wow the relief the joy we had been waiting months for this moment, the doctor confirmed all was ok and then said, ‘you now need to get to 28 weeks to have a better chance that they will be born with no mental or physical problems.’ Wow! Thanks, doc. Another month of wondering if all will be ok and if we should buy the matching headbands from claire’s accessories.

The girls went from strength to strength and we announced that we were having triplets to our friends (our family knew early on), that’s when the questions started and the fear in people’s faces, I mean some people were happy and casually said well your screwed, but other’s started with the question’s ‘what car will you get’ ‘will you move’ ‘what you gonna do for money’ ‘how will they sleep’.

I don’t know, I don’t know I cried in my head while casually saying it will all be ok to reassure my so called friends and work colleagues, the truth was I don’t know what we will do, we can’t move, that cost’s money and we have less of that, I changed the car and got the massive Ford S-max I always dreamed of as a young lad.

I think the hardest part was the questions from people as we had to face this and were looking forward to it but we didn’t really know what we should do we just had to wing it and get on with it but we couldn’t do that until the little babies arrived!

The girls carried on growing from banana’s to melons to grapefruits and as we hit the 30’s week-wise we could see the light at the end of the tunnel.

We finally got a date 6th of April and as my wife grew from a slim 30 something women to a triple baby carrier we knew in our hearts that it now really was going to happen. 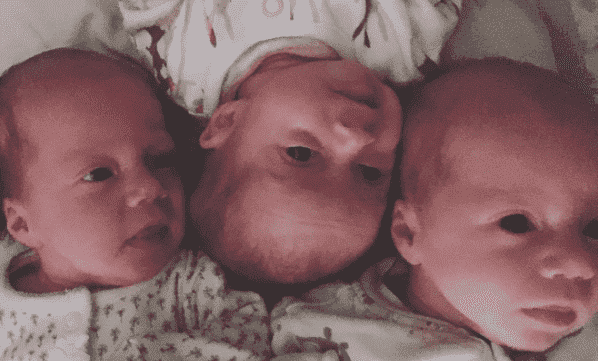