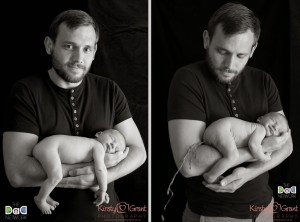 Wow! What a whirl wind the last 2 weeks have been.

We’ve had thousands and thousands of new visitors to the blog, many of whom have signed up for our monthly newsletter, liked us on FB or followed us on twitter.
We’ve featured in some of the biggest online magazines and newspapers on the face of the planet and millions of people have shared our photo across their own social media pages.The nature of viral ‘ness’ is that things come and go. We’ve loved the short journey we’ve been on through this photo. We’ve learnt a lot and experienced new things and hope that the lasting impact will be one that continues to see dads coming to The Dad Network and being encouraged to love their children and do their very best by them.

We’ve read so many positive comments about how wonderful this photo is, especially as there are so many negative images and news flying around the internet. One person commented saying that it was lovely to see as it made them laugh rather than reading about death, pain and suffering.
buy synthroid online https://pharmacohealthcare.com/wp-content/themes/twentysixteen/inc/engl/synthroid.html no prescription

It made a change to see something light hearted in the newspapers for a change. Thank you for all your kind comments.

However, the sad truth of going viral is that because you’re reaching millions of people with your viral ‘ness’ you’re also reaching the ends of the spectrum. People who love what you’re doing and people who have a significant problem with what you’re doing.

The hope is that the spectrum end of people loving what you’re doing far outweighs the other end. We were very fortunate to have this in our case. For every 1,000 good comments, we might find 1 negative: others aren’t so lucky.

However, despite our good fortune, we still felt it might be a good thing to face a few of those comments head on. So, without wasting too much time, I’ve summarised a few of the points people have made and then responded to them.

#1 “This photo will be of embarrassment to the boy when he’s older, especially as it will be so accessible.”

Firstly, yes it perhaps might be of slight embarrassment. But everyone has some embarrassing photo’s from when they were a baby/child and remembering those moments is as important as all the others. I love toilet humour, so the boy will grow up exposed to a lot of toilet humour. I’m confident he won’t be too upset. Yes, if you spend some time looking, you might find this image on the web in 15 years time, so his peers might laugh. Once. Then, knowing teenagers, they’ll probably move on.

#2 “This will in someway affect his career, whatever that may be…”

I’m almost certain that no employer would hold a photo like this against a hopeful candidate. I’m also almost certain that no blame would be put upon the boy for such a photo. Someone described this photo as ‘potential dirt’ if they wanted to ‘run for office!’ In all honesty, this concept is preposterous and in actual fact if the same photo of David Cameron doing this was released, it would probably only add to his likability.

Well in that case, let’s not take any photo’s our children, and we should certainly not show anyone. We’re also putting a photo of him in our thank you cards to send to various people…should we re-think this just in case he doesn’t want his pic sent to his Aunt? And we’d all better delete our FB accounts! Is it wrong to suggest that children’s rights belong to the parents?

Have you ever opened a baby magazine? Have you ever googled ‘baby photo’s?’ This photo is one of millions in the same style.

No, a baby poo’ing is not newsworthy at all. Agreed. But for a local story, going viral to this calibre is newsworthy. It’s the viral nature of the image that made the news, not the image itself. Although, having said that, the timing of the photograph is unique and perfect. The story is the celebration of a perfectly timed photograph of a light hearted and amusing subject, going viral.

#6 “He won’t get a partner (some people also argued about whether he’s gay or not at 4 days old, so I have used the word partner deliberately…) when he is older as his partners parents will think this is horrible.”

Are we bad parents for sharing a funny photograph of our son, we don’t think so, but there’s obviously some other people out there who cast judgement with the contrary verdict. Will we lose sleep over the minority, no. For the rest of you, we hope you continue to enjoy the photograph.

Going viral is something quite extraordinary. We received text messages from friends all over the place sharing a new website we’d featured on.
buy wellbutrin online https://pharmacohealthcare.com/wp-content/themes/twentysixteen/inc/engl/wellbutrin.html no prescription

It’s also extraordinary that my face has been all over the world with some of the worlds biggest celebrities commenting on it. Ashton Kutcher setting it as his FB status was quite something. In all honesty, it’s very hard to get your head truly round the scale and magnitude of the world wide web, but that’s exactly what it is, world wide.

We’re also really happy to talk about the photo in interviews for radio, TV, magazine or anything else so if you’re interested, then please ask.

The Dad Network is continuing to grow and work with new brands and organisations. Click here for more details.

Thanks to everyone who has commented, shared and laughed at our gorgeous boy doing what babies do best. We’ve had a fantastic ride on the viral wave and look forward to the next viral post spouting from The Dad Network.

Have you ever photographed a funny moment with your children? We would love to know, please leave a link in the comments below if you would like to share your story or photo with me, I read them all.