When Does A Baby Roll Over? 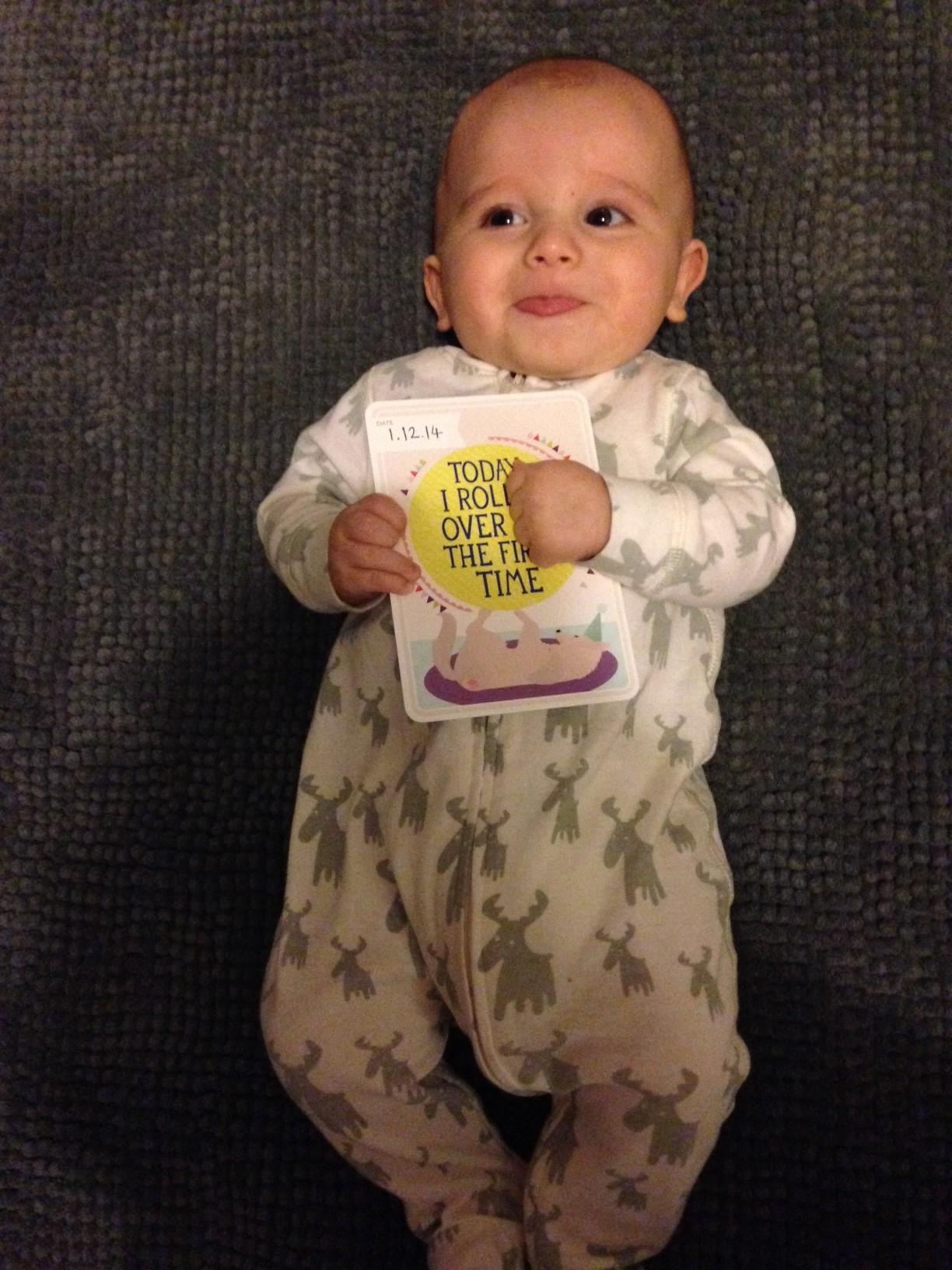 When does a baby roll over? Well, today apparently! Exactly 4 months old, which I’m pretty sure is quite early. He’s pretty advanced… like his da…. mum!

I crawled in from work moments ago to find the wife, bizarrely,  laid on the bathroom floor and telling me excitedly that she thought the boy was going to roll over any minute! I ventured upstairs armed with the camera ready to capture the moment… and I did! He’s been looking like he’s going to roll for a while now and the wife sits for hours, patiently, with a camera wanting to capture the moment he hit this milestone. Frustratingly for her, I walk in straight from work after her painstaking ‘hours or waiting’ and capture it straight away. He’s obviously a daddy’s boy!

This is one of the bigger milestones I reckon; it’s the first time he goes from being a baby that stays wherever you put him to a baby who you now have to watch like a hawk because he’s mobile!

What a feeling! It was like he’d just been awarded a nobel peace prize or cured cancer or summited Everest! The funniest part is that he didn’t even know what he’d done. What a wonderful moment though!

You can see the energy and effort he puts in to it too; it’s like he actually is summiting Everest! And, pretty good luck to catch his actual first roll on camera. Mr Attenborough will be calling me up next!

When did your baby roll for the first time? Do you remember it or will it fade into insignificance with each new milestone he reaches?

P.s. The girly scream in the video is definitely the wife… and the other girly scream you can here is also her … *ahem