Which Buggy? – Decision Made! 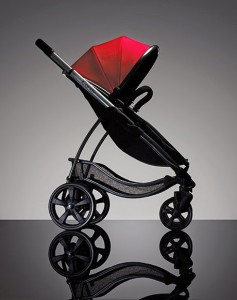 Here it is, the most important decision a dad will make, the buggy of choice!

Ok, so it isn’t actually the most important decision and it doesn’t really matter. It’s functional, lightweight and easy to use. We chose it based on good reviews and a very nice salesman.

It’s a bizarre thing; walking into various baby shops like Mothercare, and seeing predominantly mums looking around. Until of course, you look in the pram section. It seems like this is the area Dads want to get most involved in. I can see why, anything with wheels is bound to attract the male species but in reality, mums are more often than not the main user of the prams. It’s fair to say that generally, mums take maternity leave whilst the dads stay at work leaving mummy to manhandle the off road, heavy duty pram around town.

I like to think that, despite being heavily involved, I have taken this into consideration. I don’t want the wife to break her back lifting it and I don’t want her being so frustrated with it because the collapse feature is more complex that an episode of 24.

So, here it is. My travel system of choice! The iCandy Strawberry! Watch this space for a review once it’s in use.