Which children can get a Covid-19 vaccine and why?

Children aged 12 to 15 in England are to be offered their first dose of a Covid-19 vaccine.

But what exactly has been announced, why was the decision made and do parents need to vaccinate their children?

What has been announced?

Around three million children are set to be eligible for the jab despite the Joint Committee on Vaccination and Immunisation (JCVI) deciding not to recommend mass vaccination of the age group.

While health ministers are yet to publicly approve the move, a document published on the Public Health England (PHE) section of the Government website states that all children aged 12 and over are eligible and will be offered a first jab.

Why was the decision made?

In their advice to the Government, the UK’s CMOs said they were recommending vaccines on “public health grounds” and it was “likely vaccination will help reduce transmission of Covid-19 in schools”.

They added: “Covid-19 is a disease which can be very effectively transmitted by mass spreading events, especially with Delta variant.

“Having a significant proportion of pupils vaccinated is likely to reduce the probability of such events which are likely to cause local outbreaks in, or associated with, schools.

“They will also reduce the chance an individual child gets Covid-19. This means vaccination is likely to reduce (but not eliminate) education disruption.”

They added: “The effects of disrupted education, or uncertainty, on mental health are well recognised.

“There can be lifelong effects on health if extended disruption to education leads to reduced life chances.

“Whilst full closures of schools due to lockdowns is much less likely to be necessary in the next stages of the Covid-19 epidemic, UK CMOs expect the epidemic to continue to be prolonged and unpredictable.

“Local surges of infection, including in schools, should be anticipated for some time. Where they occur, they are likely to be disruptive.”

What does the data say?

The CMOs think a single dose of Pfizer will reduce significantly the chance of a young person getting Covid and passing the virus on.

Clinical evidence shows that a single dose of Pfizer cuts the risk of catching the Delta variant of Covid-19 by 55% and has a much higher effect on preventing severe illness and death.

Why not two doses?

The JCVI has been asked to look at whether second doses should be given to children and young people aged 12 to 15 once more data comes through internationally.

Data from the US and Canada has indicated a higher rate of the extremely rare event of inflammation of the heart muscle, known as myocarditis, after a second dose, which was considered in the decision-making.

Who can get the jab at the moment?

All 16 and 17-year-olds are being offered a first dose, with the intention of having a second at a later date.

Those aged 12 to 15 are eligible for two doses if they are at higher risk of a number of issues.

England’s chief medical officer Professor Chris Whitty added there were “no plans at the moment” to look at vaccinating under-12s.

The AstraZeneca vaccine is currently not recommended for anyone under the age of 18.

Do children need to be vaccinated?

The JCVI had said Covid-19 presents a very low risk for healthy children and vaccination would only offer a marginal benefit.

Professor Wei Shen Lim, from the JCVI, said there was “no conflict” between its advice and that from the CMOs, adding that the JCVI had looked at jabs from a health perspective.

Prof Whitty said it had been a “difficult decision”, but CMOs would not be recommending the jabs “unless we felt that benefit exceeded risk”.

He added: “In a sense, what we’re not trying to do is say to children ‘you must, must, must, must, must’ but what we’re saying is that we think on balance the benefits both at an individual level and in terms of wider indirect benefits to education and through that to public health are in favour, otherwise we would not be making this recommendation.”

He agreed that the CMO advice was “not in conflict” with that from the JCVI, saying it was “very much in line” with it but had also looked at issues such as education.

Will vaccines be given in schools?

It is expected the vaccinations could be given through schools as soon as possible once the advice has been considered by the Government.

Do parents need to give consent?

The Government has said if your child if offered a vaccination at school, a consent form may be handed out to give your permission.

The nurse or GP will discuss the Covid-19 vaccine with at the appointment and will be able to answer any questions you may have.

Parental consent will not be needed if the child is considered competent to make a decision by themselves.

Prof Whitty said for the “great majority of cases,   and their parents come to the same decision”.

Vaccines minister Nadhim Zahawi said parental consent will be needed for vaccinations of 12 to 15-year-olds, but children can overrule parents who do not want them to get the jab.

He told the Commons: “As with all vaccinations for children, parental consent will be sought. The consent process will be handled by each school in their usual way and will provide sufficient time for parents to provide their consent.

“Children aged 12 to 15 will also be provided with information usually in the form of a leaflet for their own use and to share and discuss with their parents prior to the date of the immunisation and that scheduled time for it.

“Parental, guardian or carer consent will be sought by the school age immunisation providers prior to vaccination in line with other school vaccination programmes.

“In the rare event that there is a situation a parent does not consent but the child or the teenager wants to have the vaccine, then there is a process by which the school age vaccination clinician will bring initially the parent and the child to see whether they can reach consensus and if not, if the child is deemed to be competent, then the vaccination will take place.”

Are there any side-effects?

The most common side-effects in children aged 12 to 15 are similar to those in people aged 16 and over. They include pain at the injection site, tiredness, headache, muscle and joint pain, chills and fever. These effects are usually mild or moderate and improve within a few days.

The JCVI has also investigated the effects of myocarditis, after Pfizer or Moderna vaccines.

While the condition can result in short periods of hospital observation, followed by typically swift recoveries, the JCVI has concluded the medium to long-term outcomes are still uncertain and more follow-up time is needed to get a clearer picture.

During the Downing Street briefing, Dr June Raine, from the Medicines and Healthcare products Regulatory Agency, said the side effects for 12 to 15-year-olds being vaccinated are “mild”.

On myocarditis and heart issues, she said: “We’ve undertaken a very thorough review, both of the UK and the international reports, there is a consistent pattern, slightly more often frequently do we see cases in young males and after the second dose.

“But, overall, the conclusion of our expert advisers is these are mild cases, individuals usually recover within a short period of time with standard treatment.

“Our advice remains that the benefits outweigh the risks of getting vaccinated, and this includes those aged 12 to 15.”

Will your teenagers be getting the vaccine? Tell us in the comment section below! 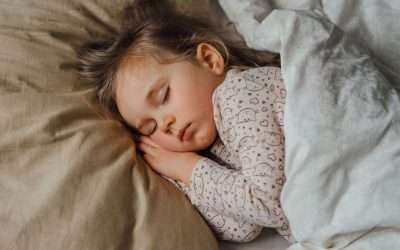 How to get your child to nap better this summer

Summer is a difficult time for getting naps in for young children. These tips will help your child nap better whether you are at home or away