Ted is 3 years old now but the older he gets the more vivid his arrival into this world becomes in my head. I’ll never forget the pain that I watched Jen experience – all because Ted was back-to-back, meaning he was lying with his back against Jen’s spine.

Our story began with an evening of regular contractions.

It was at this point that we realised this was not another ‘wife who cried contraction’ scenario and it was in fact the real thing.

Arriving at triage at 1am meant it was pretty empty so Jen was strapped up to a CTG monitor straight away. By now the contractions were every 2 minutes; rare for someone who’s only been contracting for less than an hour previously. After an internal examination, the midwife told us Jen was only 2cm.

All she wanted was for the unbearable back pains to stop. At 2cm dilated she was screaming that she felt as if someone was pulling her spine out, yet she wasn’t allowed any pain relief.

I was in no way prepared for this feeling of utter helplessness!

This much pain at 2cm dilated didn’t seem right to me, but we were assured by the medical experts everything was fine. I couldn’t help but feel they all thought Jen was just making a fuss.

I knew she wasn’t, but there’s something about questioning medical professionals that is very difficult to do.

I wish I’d been stronger and spoken up. I wish I’d had more faith in what Jen was telling me and forced my thoughts and opinion on the midwives and doctors. If there’s one thing I learned from Ted’s birth, it’s that. Be brave enough to speak up if you disagree with the professionals.

As soon as the excruciating back pains were mentioned, to this day, I wonder why the midwives didn’t suspect the baby was lying back-to-back.

Another examination showed that Jen had moved from 5cm – 8cm in 30 minutes and by now she was having huge urges to push.

Dads, I’m sure you’ll agree, there really is nothing worse than your wife looking you in the eye, tears streaming down her face, asking you to make the pain stop. It wrenches at your gut like nothing else and is a memory that will stay with me forever. 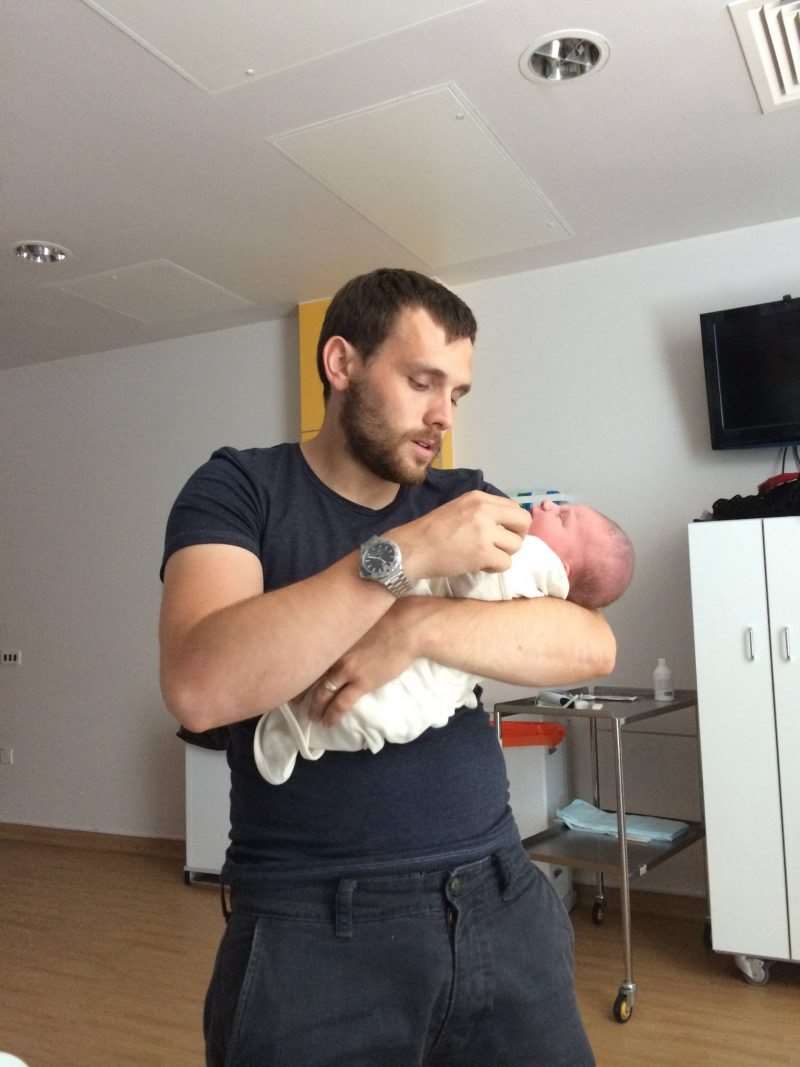 She was nearly fully dilated but her waters hadn’t broken – which meant the membrane was stopping the baby from coming out. After half an hour of (unnecessary) contractions and pushes in vain, the midwife suddenly offered to break Jen’s waters.

The waters broke and meconium came pouring out. Everything then happened very quickly. I was told to push the emergency buzzer. The midwife in charge came in, went out, and came back with a CTG monitor and a Pediatrician, who never introduced himself. We were told nothing was wrong, just that the baby had ‘pooed’ in the womb because he was distressed. (That sounded like something was wrong, to me…)

My wife was told with real urgency to push like she’d never pushed before. Seeing her doing this was like nothing else. I felt so helpless and useless for something so hard, painful and draining.

As the head slowly came out the words of the midwife will remain with me forever.

Her surprised and lacksadaisical tone nearly sent me over the edge! Both Jen and I knew, from the shear amount of pain, that something wasn’t right and guess what, we were right!

Ted was upside down, which is why this whole thing had been far more painful that it would have been otherwise.

He was here. My beautiful, perfect son was here. 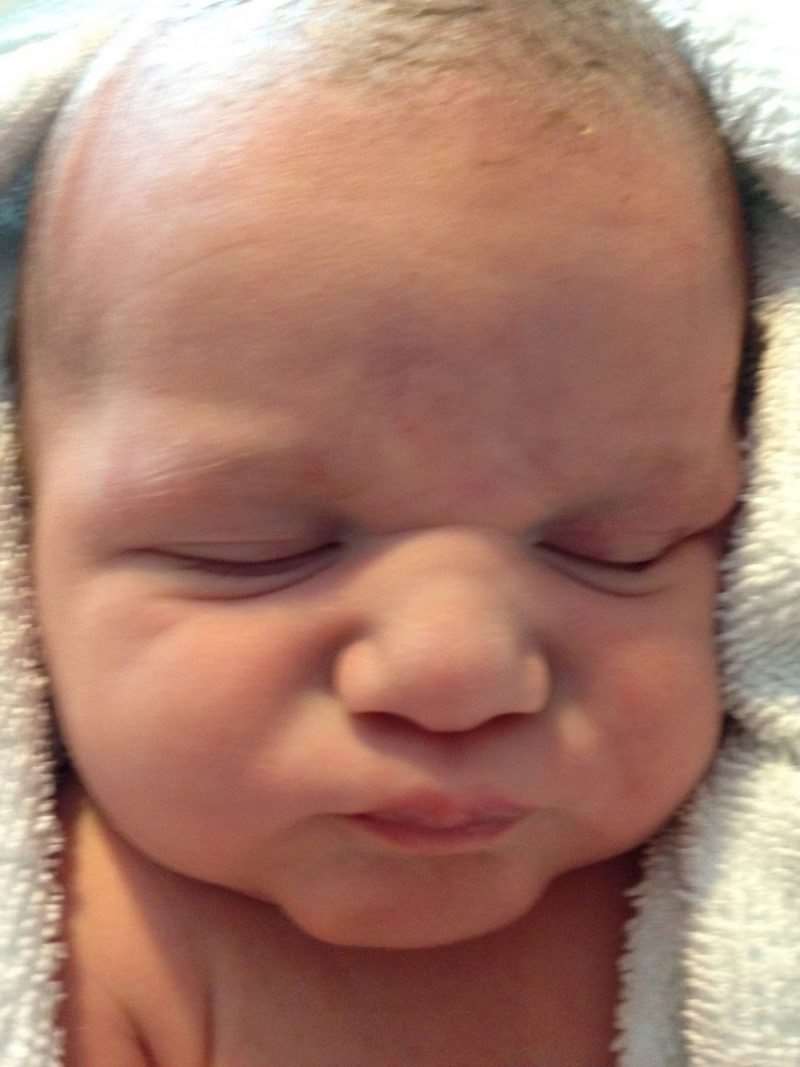 Sheer elation overwhelmed me. She had done amazingly well. I was so proud of her. Overcoming a hugely painful, back-to-back birth in just 6 hours was nothing short of a phenomenon.

As much as I loved Jen before, from that day onwards seeing what she went through and how unbelievably wonderful she handled it, I love her even more.

This was first published on Baby Centre