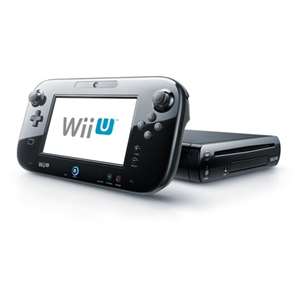 The Nintendo Wii U has been around since November 2012, but it’s only in the last 12 months that it’s become a worthwhile purchase for those families who like to get their moneys worth.  There’s currently enough games, apps, peripherals and accessories to choose from, for any parent looking to invest in the current crop of gaming consoles.  I’ve therefore listed below some points to consider if you’re still not sure whether to choose the Wii U for your little ones.

Price – Comparing the big three consoles (Wii U, PS4 and Xbox One), the Wii U is easily the cheapest of the three.  You can pick up a basic entry level console for £189.99.  If you want though you can go for the ‘Premium Pack’, which comes with extra memory (32GB compared to 8GB), a charging cradle, a stand for the console and a copy of Nintendoland.  Another alternative to consider is buying the basic model and an external USB hard drive (if you want more memory), which is a good idea if you prefer downloading games.  Also, unlike PlayStation Plus and Xbox Live, there’s no fee required in order to play online multiplayer.

Games – In terms of games specifically for children, the Nintendo Wii U has the most family friendly collection in comparison to the PS4 and Xbox One.  Whether it’s one of their first party exclusives (Mario Kart 8, Super Mario 3D World, Lego City Undercover), cross platform games (Skylanders, Disney Infinity), their popular ‘indie’ titles (Shovel Knight, Toki Tori), or classics from other Nintendo consoles gone by, I’m sure that any family would be satisfied with the choice on offer.  Even if you’re a parent like me and enjoy playing adult oriented games, there’s still a handful of decent games to keep you occupied (Call of Duty, Bayonetta, Assassins Creed).

Whenever my kids and I sit down to play video games, we always seem to levitate towards playing the Lego ones.  A personal favourite of ours is Lego Marvel Super Heroes, mainly because we love most of the characters from the Marvel universe.  You can’t go wrong with the Lego video games if you have kids.

The Gamepad Controller – It’s only recently that I’ve started to love the Wii U gamepad.  You see, it’s huge and the battery life isn’t that long, however, it comes in very handy when the girls want to watch one of their TV programs.  Simply download YouTube, Netflix or Amazon Instant Video, and like me you could be watching classic episodes of Top Gear whilst being in the same room.  I don’t think it was mainly designed for this situation, more it was created for those who still want to be able to play their video games when another family member wanted to watch TV.  It’s kind of ironic then that the gamepad doubles as a controller for your TV and Sky box, so even if you think you can play your video uninterrupted…think again!

As an owner of a Wii U, I don’t think I’ve ever loved it as much as I do now.  If I don’t fancy playing a game, then you’ll find me looking through the various communities on the Miiverse (Nintendo’s social media platform) giving likes to player’s status’ or photos uploaded.  Also, the more that my two girls have used the Wii U gamepad over the last 2 years, the more it has become intuitive for them to navigate touchscreen menus, which supports the belief that children playing video games helps with hand-eye coordination.

Hopefully this little post has made a strong case for the Wii U as a the best gaming console for families. Leave a comment in the section below if you have already bought a new console and which one you have chosen.