It’s about this time of year that sticky back plastic and paints take on a whole new meaning. That’s right, Christmas tree ornaments. These are the craft projects that don’t leave, oh most of the year they’re safely tucked out of sight in a box in the attic but in the back of your mind you know they’ll be back. You know that every year you’ll have to put the creations on display for all to see and I don’t know about you but I for one think its awesome!

Now the reason for this is two-fold

So here’s a step by step guide to a fun afternoon with the added bonus of brightening up the Christmas trees of those you love the most.

Ask the kid several times what they want to make, after they’ve depleted the standard list of words they keep at the front of their mind “puppy, barbie, a space rocket, etc” you’ll try and round it down to something festive. This year we went with Father Christmas. Which is most definitely not something we had made earlier. A quick scan of Google and some imagination later I had a vague plan.

Convince the child to put their hand on some white card and hold very, very still.

Draw around the hand.

Get another piece of card and try again.

Now, remember we need more than one of these so persevere and get em done.

By this stage, you should have enough ‘beards’ and a toddler with stripey hands and an eagerness to get hold of scissors. 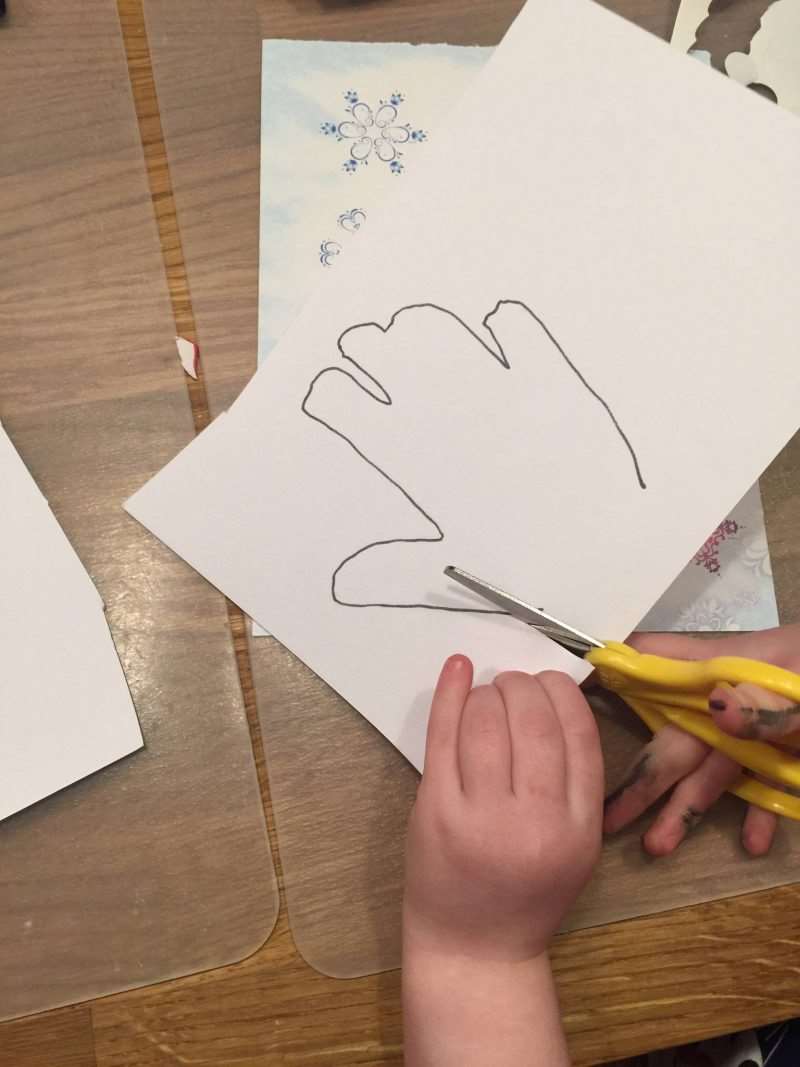 At this point, it goes without saying that you made a spare one for them to cut out right?

If not got back to the start and try again. I’ll wait for you. 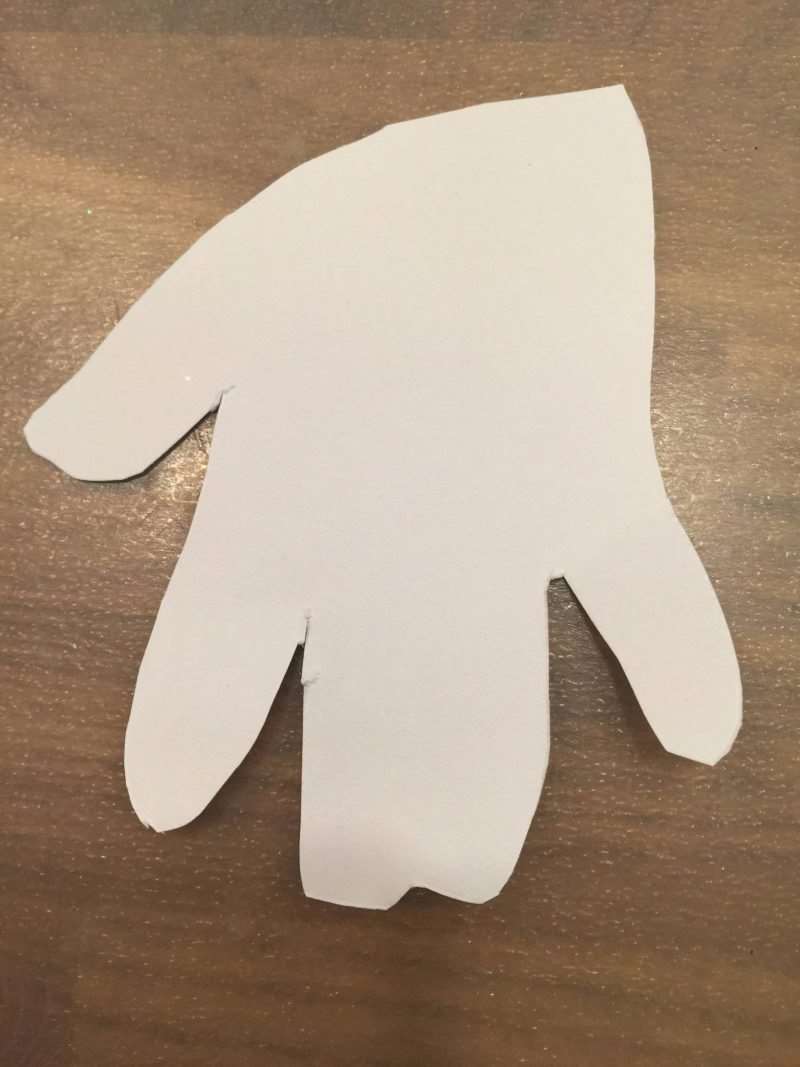 You should now be looking at something like this, don’t give up it’s going to look like something soon, probably.

Find some pink card and a cup you probably don’t need any more just in case the marker pen doesn’t come off. Let the child draw around the cup.

Wipe down the surfaces quickly before the ink dries and try again.

After cutting them out you should have the beginnings of your Santa head. glue pieces together and take a moment to breathe (and remove glue from your toddler’s hands/face/eyebrows) 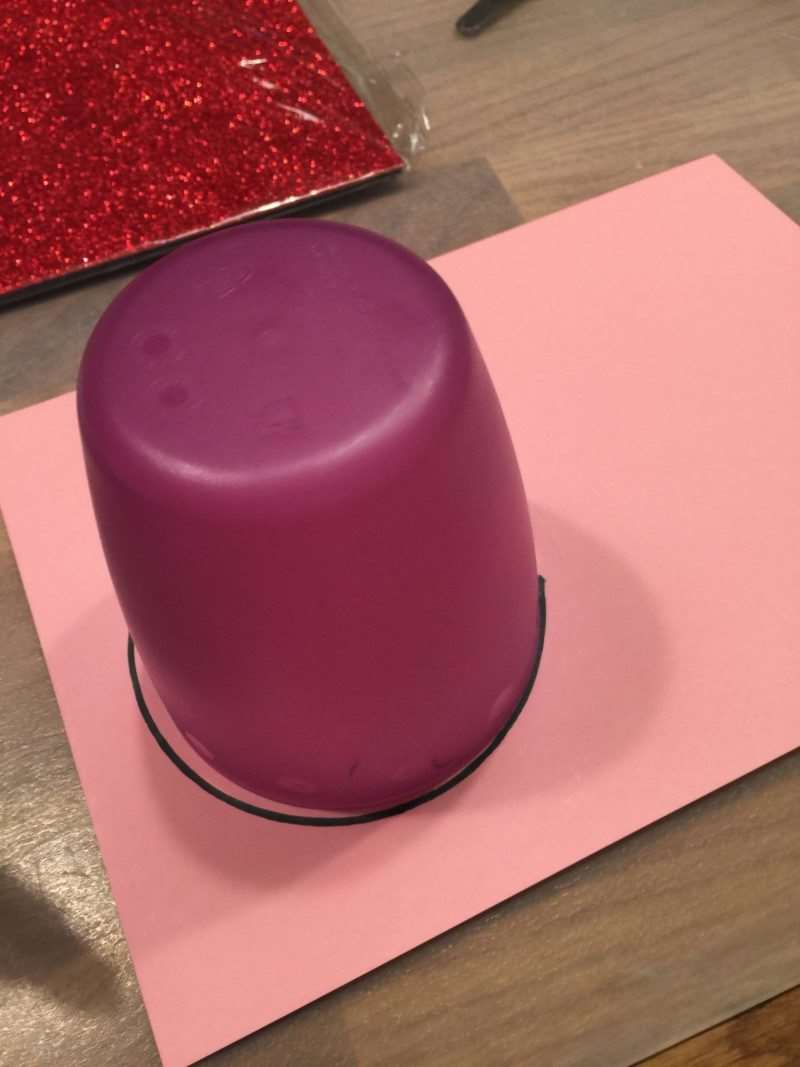 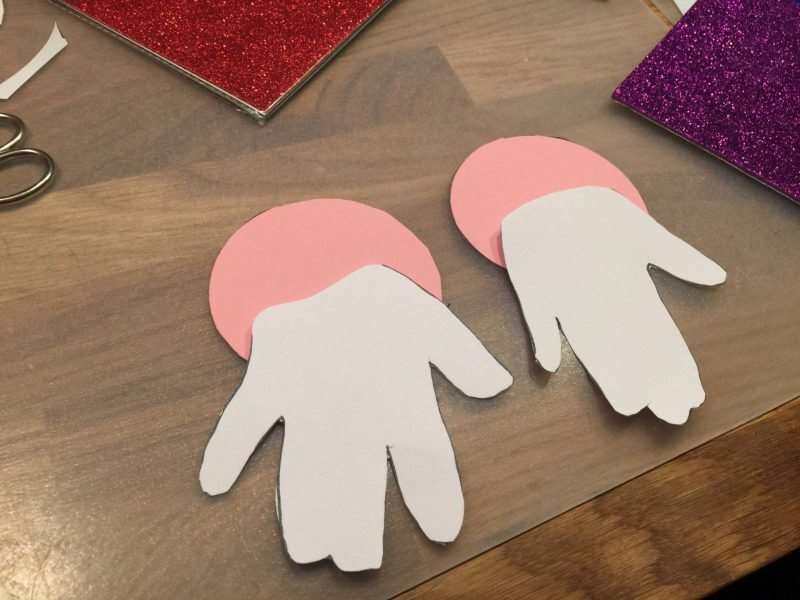 After drawing on nose and mouth ask your child what colour they wish to make Santas hat. This will almost never result in the word ‘red!’ so make sure you have a healthy selection of coloured card or foam.

After cutting out a vaguely recognisable santa hat and applying to the face invite your child to apply an undesignated amount of google eyes ensuring they have access to a variety of sizes for that dashing through the snow look (the Santa squint). 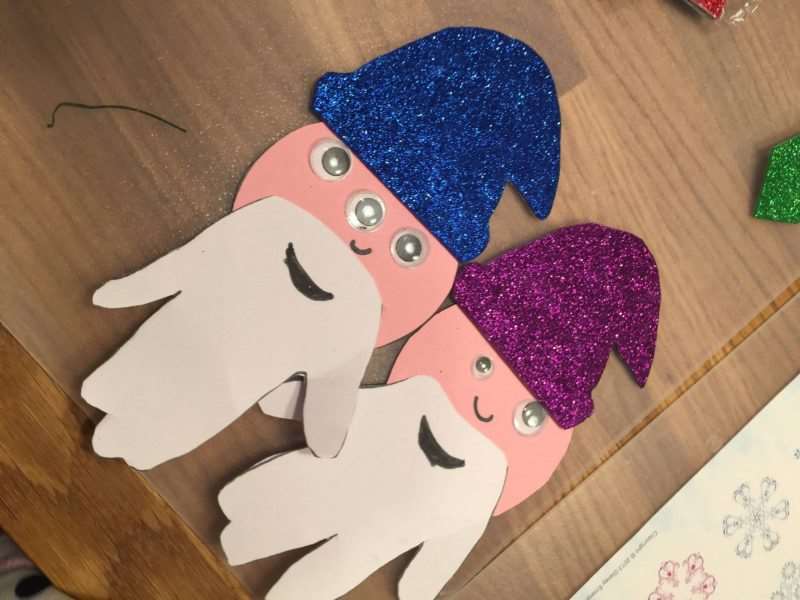 Now do you remember when you became a new parent and you bought pretty much two of everything in the Baby aisle? Well, that half tonne bag of cotton wool balls is finally going to be of use.

Chop some up and using the remainder of the glue (look behind child’s ears there’ll be some) attempt to make something that looks less like the eyebrows of a homeless wizard and more like Santa’s hat. Now Pop on a ribbon and get it on the tree. 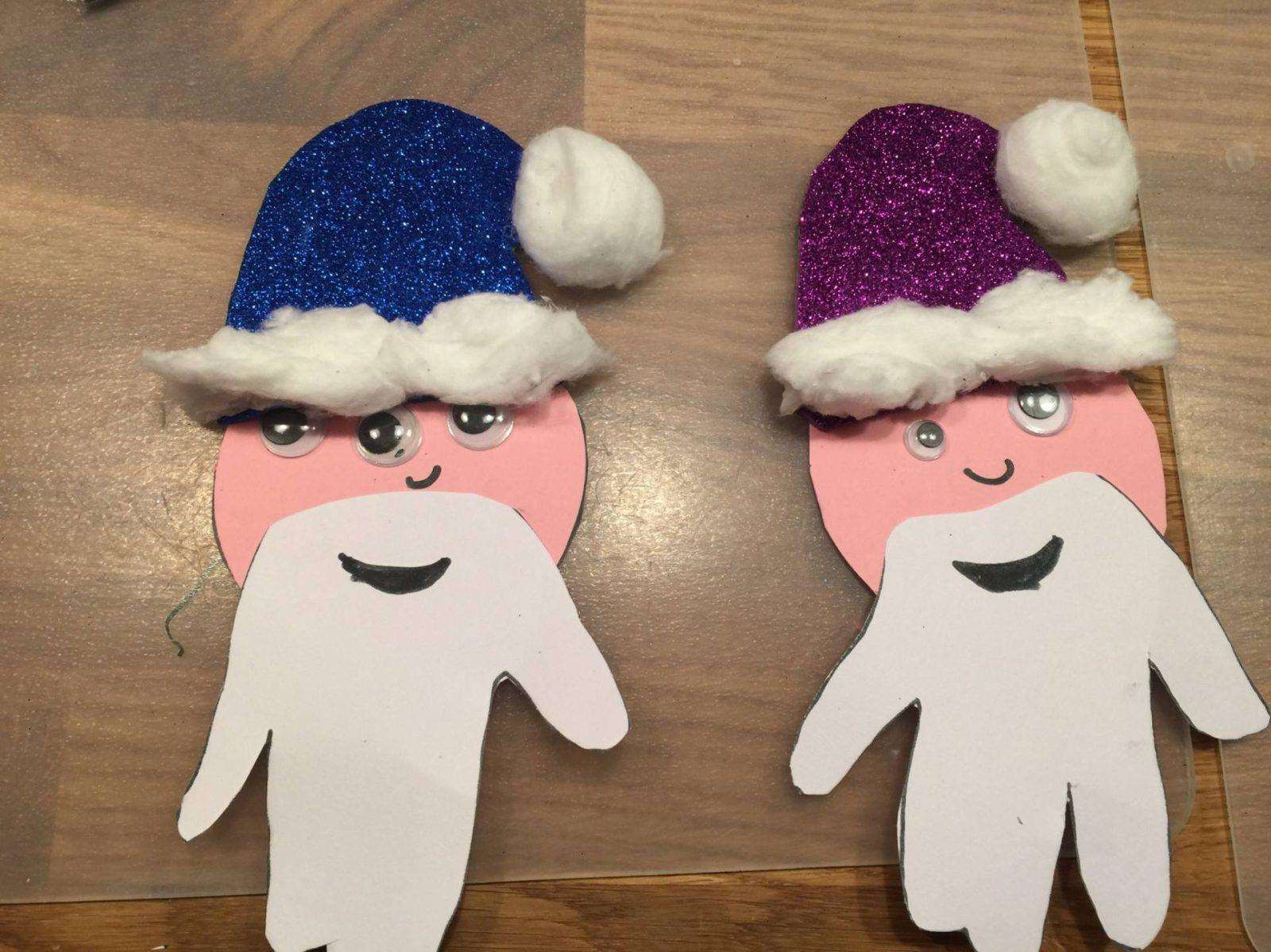 No, seriously you have to, but remember you’ve got some for the grandparents too so it won’t just be you getting ‘that look’ from Merlin through the branches till January. 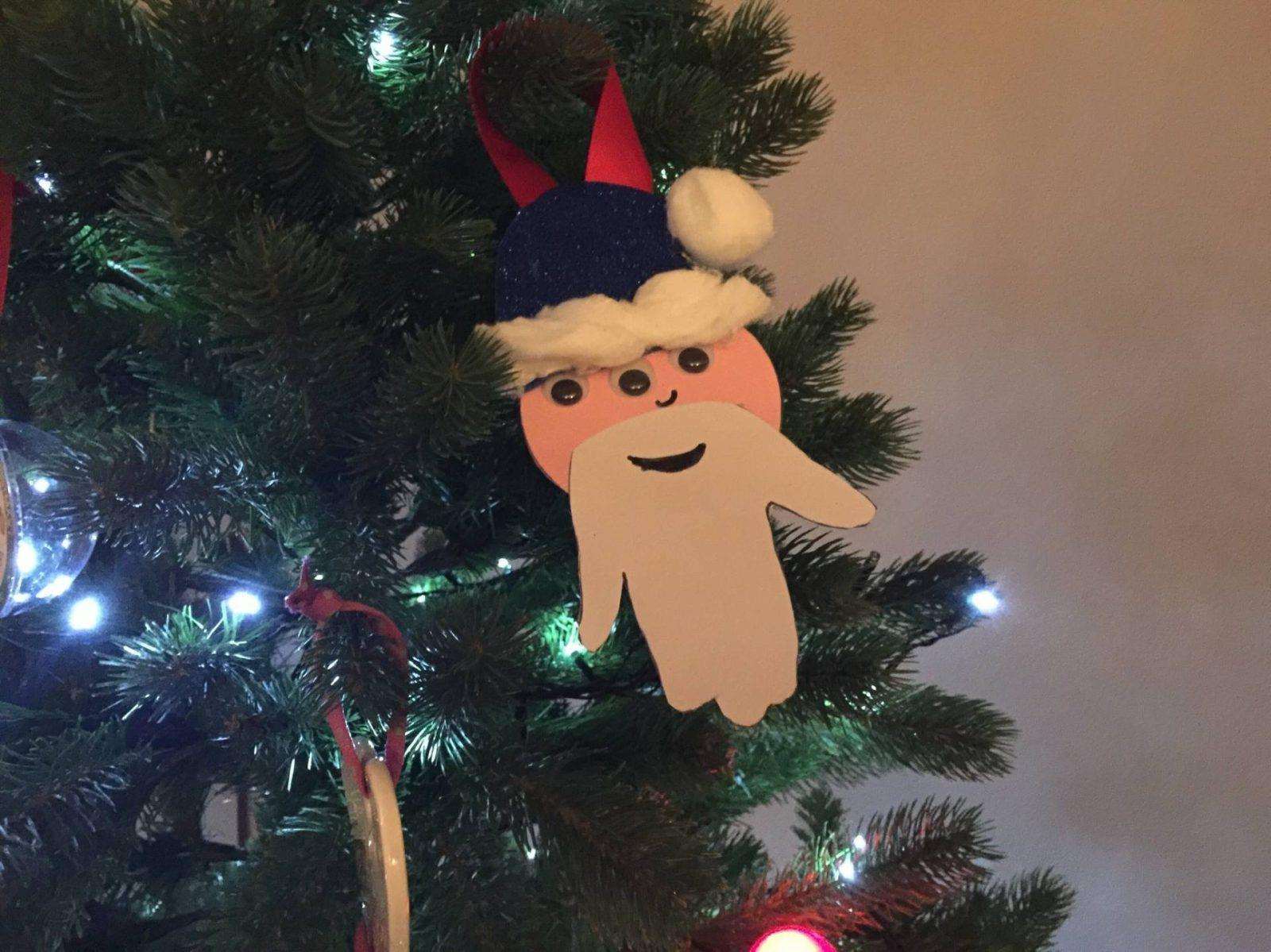