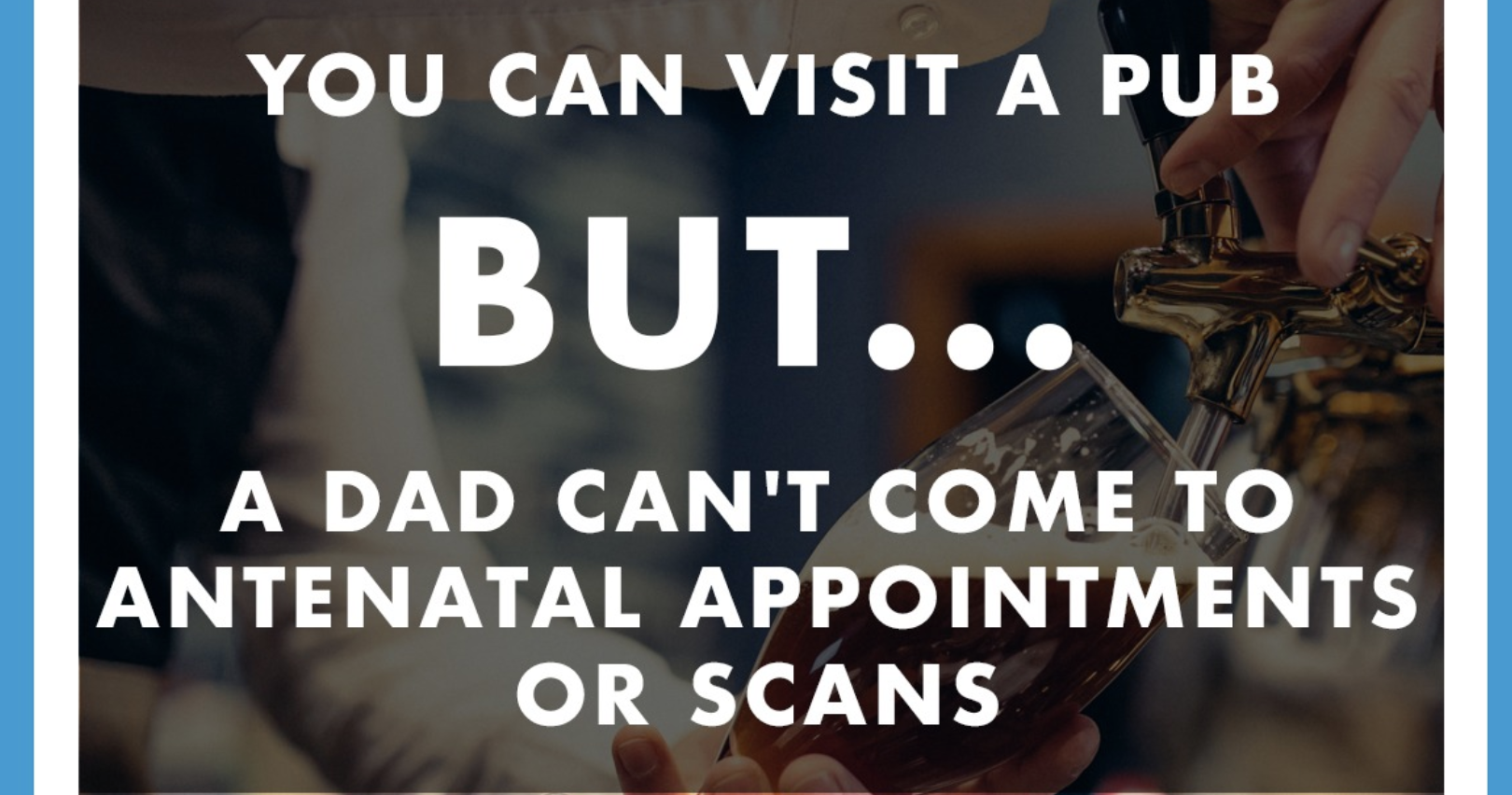 Recent changes in the UK’s government guidance around easing lockdown has seen pubs, restaurants and shops reopen. As many of us will have taken advantage of, they’ve even ploughed in millions of pounds with the Eat Out to Help Out scheme, to try and get people out and about after months of lockdown.

During the height of the pandemic, restrictions of dads and partners attending scans and antenatal appointments, as well as the time allowed into labour wards for partners were fairly valid. But they are now unnecessary and adversely affecting the health and well being of parents and their babies. Including dads from within Dadsnet!

Parents across the nation are putting pressure on Prime Minister Boris Johnsons and Health Secretary Matt Hancock to address the issue without delay.

Right now the guidelines state that mothers do not have to labour alone but dads are only allowed to be with the mother when she is 4cm dilated or more.

They are not allowed to come onto the ward with mum and baby after birth, they must leave shortly after birth, irrelevant of mothers emotional, mental or physical needs.

A social media campaign, predominately on Twitter has been picked up by thousands; a lot of whom are bombarding Hancock & Johnsons with messages asking for change.

I mean, it does seem ludicrous that you can shop in Ikea, or grab a cheeky Nando’s with friends or spend hours in a pub on a Friday night, but a dad can’t go to a scan with the mother of his child or worse, stay with his wife on a ward after a C-Section.

Campaigners have also written an open letter to government officials to take action and started a strong petition with over 200,000 signatures already (which you should definitely sign now) calling for immediate lifting of these restrictions.

It reads: What is also so entirely frustrating is that these rules are NOT consistent around the country. Some hospitals allow partners for the whole birth, for scans and appointments and it’s just not right.

With so many unnecessary and non essential shops opening up this week, with hairdressers, pubs and other social venues opening imminently, how on earth is it justifiable to keep partners from labour, appointments and births and to risk mental health issues such as post natal depression at the very least to both mum and partner.

What are your thoughts on it?