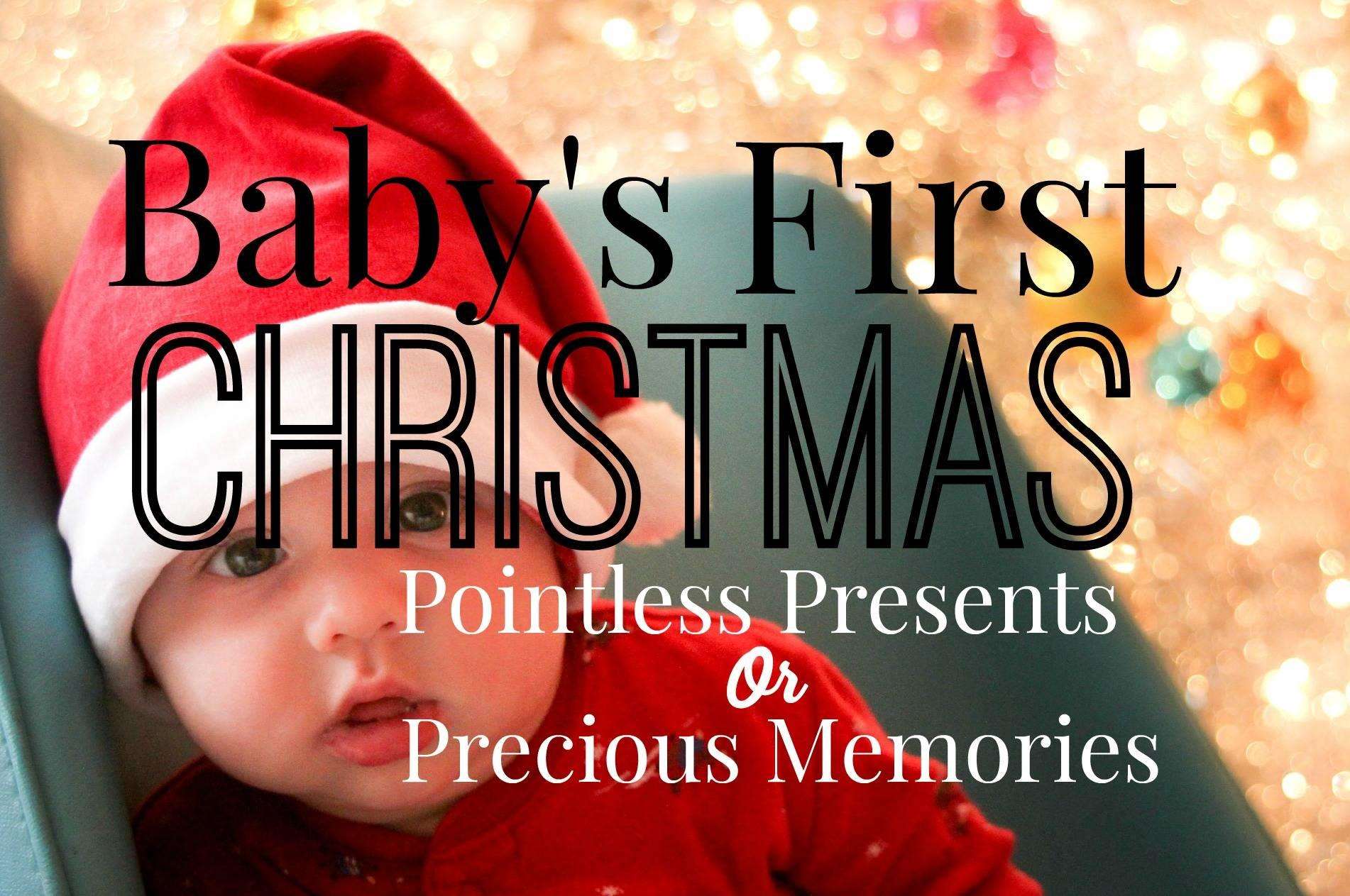 This is probably a common debate between mums and dads all-round the globe, each year. What is the point in buying a baby presents for Christmas when they have no concept of Christmas at all? Especially when that money could go towards a PS4!

Last year was Ted’s first Christmas. He was just 4 months old and had absolutely no idea what Christmas was about. This year, he’s 16 months (obviously) and still has absolutely no concept of Christmas. That being said, we still spent, and will spend, some money on presents for him.

It is natural to want to shower your baby with gifts on their first Christmas but perhaps some extra care and consideration could be put into this process, to make sure there’s no wastage.

For example, using that money to buy a gift for parents, friends or family, who were particularly supportive during the early stages of having a new-born, could be far more valuable.

Or the money could be put towards a day out or holiday together. I love this idea myself, because time spent with my wife and Ted is so precious to me.

As a dad, I want to provide for my family and presents at Christmas are an overflow of that desire. I work hard; I love my kids, so why shouldn’t I buy them something, even if they won’t realise it? There’s definitely a school of thought that says that presents are just as much for the giver as they are the receiver.

Christmas brings plenty of its own pressures, without the need for expensive and abundant gifts. In reality, spending a shed load of money on toys and riff raff for a new born baby is somewhat daft, but to spend money on time, experiences and treasured possessions is far more sensible.

For Ted’s first Christmas, I controversially bought him an engraved pen knife as a sentimental gift that I hope he will treasure forever. It speaks of my love for the outdoors and hopefully his love for the outdoors to come. It speaks of my desire to spend many days together exploring the great outdoors and creating precious memories. Ted knows nothing of it and the knife is kept safely out of harms way (and insured so it doesn’t get lost or accidently damaged which is likely with Ted around; he poured a cold cup of coffee over my camera recently). And one day, when Ted is older, I’ll show it to him and tell him it was my gift to him for his first Christmas.

Really, this comes down to each individual family and who wins the argument; mum or dad. My advice is jump off the Christmas bandwagon, and put your well-earned pennies to something more valuable. Here are my top 5 ideas for new-born baby Christmas presents:

Although we all know that all they really want is the cardboard box and the wrapping paper. I’m not sure what I’ll get Ted this Christmas. I should know as it’s creeping up fast. I reckon I’ll pocket his budget and go for that PS4.